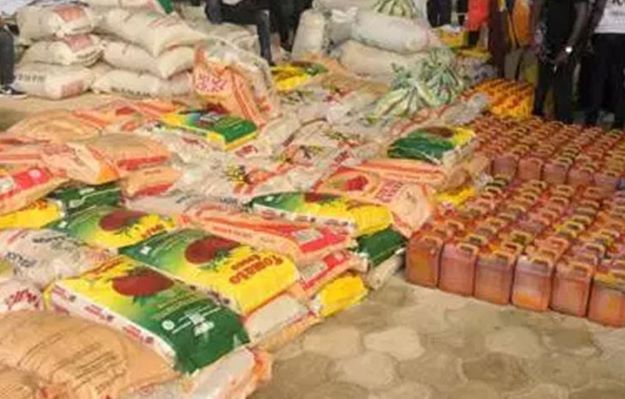 Following the extension of restriction of movement in Lagos and Ogun States as well as the FCT for another fourteen days, the Centre Against Injustice and Domestic Violence (CAIDOV) has called on the federal and state governments concerned in the lockdown to ensure adequate relief materials are provided for the people so that the desired results expected will be achieved at the end of the 14 days extension announced by the president yesterday

The group in a press statement signed by its Executive Director, Comrade Gbenga Soloki , also called on the police force and other security agencies to ensure proper policing of the affected states by ensuring street urchins who are disturbing the peace of Ogun and Lagos states are dealt with.

The CAIDOV boss appealed to residents of Lagos, Ogun and FCT to obey the lockdown order of the government as it’s an attempt at defeating the deadly Corona virus, but also call on the states to ensure that no vulnerable person is left out of the relief packages being shared.

They specifically applauded Governor Babajide Sanwwoolu for accepting the fact that the efforts of the state government was sabotaged, describing the statement from the governor as Hallmark of sincere leadership.

According to CAIDOV” in reacting to the extension order of the lockdown in Lagos and Ogun states for another 14 days,we want to appeal to the federal and state governments to ensure that adequate relief materials are provided for the residents of the affected state for the lockdown to be effective. It will be exercise in futility if the people are not properly catered for,yet the governments expect compliance.”

“Compliance will be difficult to get if the people who are prevented from embarking on their daily activities where they eke their living. Government at this point in time, must be responsible and responsive only a heartless government will lockdown it’s people for about a month without commensurate palliative measures in place.  Ogun and Lagos Governors should ensure the people that are locked down are catered for, “the group maintained.

The organization appealed to the people to exercise patience and follow the directives being given by the government and the health experts in order to avoid the spread of the virus in our country.

Nigerians submit 9,777 requests to INEC for additional polling units in...

Tax defaulters to pay 50% of disputed amount into court account...

Ooni of Ife not involved in arrest of an internet marriage...