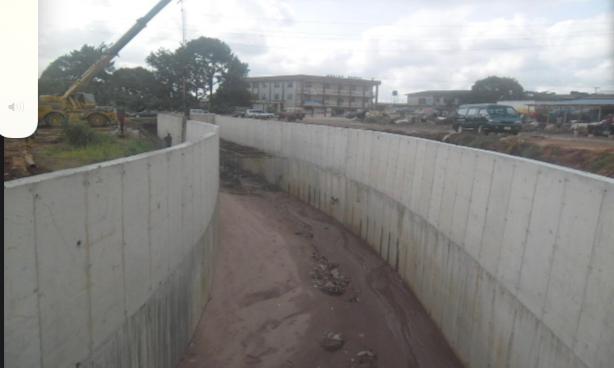 Edo Mandate Group (EMG) on Monday rose in stout defence of Minister of State for Budget and National Planning, Prince Clem Ikanade Agba, on his letter to Governor Godwin Obaseki, in which he factually explained his role and the roles of the governor and some of his administration officials in the controversial Benin Stormwater project.

Whereas, a former domestic aide of the governor, Adaeze Emwanta, who claimed to speak for Midwest Progressive Forum, had attempted to inappropriately deconstruct Prince Agba’s letter by making some spurious inferences in relation to the Oba of Benin, Ewuare II, EMG in a swift riposte said he was an impostor and a busybody in the stormwater water project and attendant issues.

In a statement signed on behalf of the EMG by Dr Osaro Osayande, the group said: “The attention of the Edo Mandate Group (EMG) has been drawn to a statement credited to one Adaeze Andrew Emwanta, a former domestic aide of Governor Godwin Obaseki, purportedly acting on behalf of a faceless group, Midwest Progressive Forum (Worldwide).

“In the said statement, Emwanta attempted to drag the revered Benin Monarch and traditional institution into the issues surrounding the Benin Stormwater project, which he (Emwanta) knows next to nothing about.

“We are aware of the desperation of Emwanta and his co-travelers to inappropriately deconstruct Prince Clem Agba’s well-witten response in order to confuse supposedly undiscerning indigenes of the ancient Benin Kingdom where the Oba of Benin continues to enjoy unparalleled reverence.

“The Oba remains the true custodian of the yearnings and aspirations of all Edo people as well as the recipient of their cries and frustrations with the policies and actions of those in authority.

“It is against this background that the said political jobber, Emwanta, who is also a political liability with zero electoral value, decided to adopt this ‘black market’ approach in order to relaunch himself back to relevance, having lost his job as a domestic aide of Governor Godwin Obaseki.

“It is instructive to note too that the only credible political pressure group known to Edo/Delta people is the Midwest Movement, which has over the years championed the cause of Edo/Delta indigenous peoples and with a mandate to pursue the re-federation of Nigeria along the 1963 constitutional mandate.

“Adaeze Emwanta is unknown to the Midwest people’s struggle and is therefore an impostor.

“Overall, Emwanta’s statements were unsolicited and unnecessary grandstanding. He is clearly a busybody in this matter.
Emwanta’s third party response was a cheap attempt at solicitation for a Covid-19 financial bailout, having been rendered jobless since he was relieved of his position as a domestic aide of the governor several months ago.

“We wonder why Emwanta’s one-year sabbatical leave from his supposed job as a law lecturer at the University of Calabar has become unending and how the job of a domestic aide to Governor Obaseki is now more profitable than returning to a university job as a lecturer.”

Father of abducted Jangabe schoolgirl recounts ordeal: What I told my...