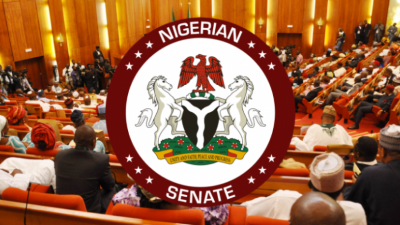 Except they are reconsidered, the entire South East geopolitical zone as well as Edo State may not benefit from the controversial $22.7b loan approved by the Senate last Thursday.

It was gathered that the exclusion of the south east and Edo State, which is already generating a furore, is a fallout of what has been described as the dirty politics that preceded the approval of the loan request which President Mohammadu Buhari presented twice to the National Assembly and eventually got approved by the Senator Ahmed Lawan-led ninth Senate.

The eighth Senate under Bukola Saraki had rejected the loan on the grounds of lack of details.

But last week, the Senate ignored all requests to allow for debate on the details of the loan and approved the document amidst protest and uproar.

Buhari had said that the loan was to “ensure the prompt implementation of projects under the borrowing plan with special emphasis on infrastructure, agriculture, health, education, water supply, growth and employment generation, poverty reduction through social safety net programmes, governance and financial management reforms, among others.”

And more shocking is the fact that the Chairman of the Senate Committee on Local and Foreign Debts, Clifford Ordia, which processed the loan request and recommended its approval, represents Edo Central.

In more specific details, the power transmission project in Lagos and Ogun states were given $200 million just as $800m was voted for the East west road in the Niger Delta.

It was gathered that only 60 per cent of the loan would be available for spending as 40 per cent is to be paid to those who offered consultancy services regarding the loan.

The source disclosed that although the Federal Government was aware that the remaining 60 per cent would not be enough for the projects for which the loan was sought, it had insisted on getting it loan because it intended to seek a second loan later in the year.

“A request for the second loan would soon be sent to the National Assembly, “ the source said.

Lawan had during his heated argument with the Senate Minority Leader, Eyinnaya Abaribe, before the approval of the loan insisted that the recommendation of the committee should be taken and adopted. Abaribe had also insisted that debate on the loan be on project by project basis.

In the politics that played out shortly after the inauguration of the 9th Senate, the PDP caucus had replaced Clifford Ordia with Sahabi Yau from Zamfara State as Senate deputy minority whip, a development, which was very unpleasant to Ordia.
Since then, it was learnt that the PDP caucus had never found it easy to prevail on Ordia to do its bidding.

As the development generates furore, the apex Igbo socio-cultural organization, Ohanaeze Ndigbo, said yesterday that it would investigate the allegations that the southeast zone was excluded from the $22.7 billion loan.

It said should the report be true, it would mean that Nigeria was on her way to implosion, as Ndigbo would resist the exclusion.

The group said it seriously doubted if Federal Government could contemplate excluding the zone.

The Deputy National Publicity Secretary of Ohanaeze Ndigbo, Mazi Chuks Ibegbu, said: “We have to be sure the story is true. If it is true then the Senate should reverse itself because it is not right. It does not make for development, peace and unity. If it is true, it means Nigeria is on the road to implosion. It is no longer a united country. We will investigate the veracity in the story we are hearing.”