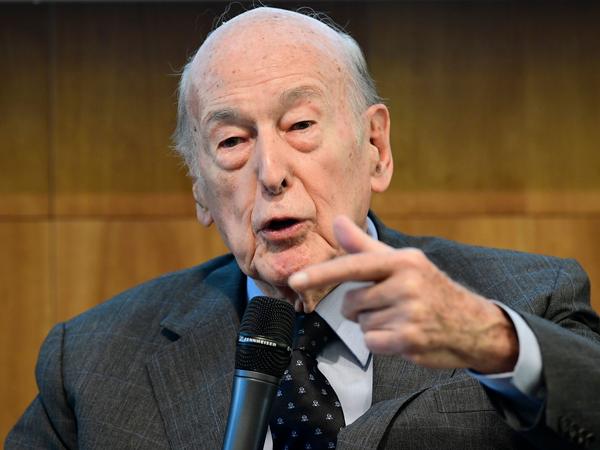 Giscard had been in hospital several times in the last months for heart problems.

He made one of his last public appearances on September 30 last year for the funeral of another former president, Jacques Chirac, who had been his prime minister.

Giscard d’Estaing was a lifelong politician, serving in the cabinets of French Prime Ministers Jacques Chaban-Delmas and Pierre Messmer and later as minister of finance and economic affairs under President Charles de Gaulle and President Georges Pompidou.

Giscard d’Estaing was elected president at the age of 48 in 1974, narrowly defeating socialist François Mitterand during a time of cultural modernization and economic upheaval.

He was the youngest president of the Fifth Republic, a record that would stand until the election of President Emmanuel Macron in 2017 at the age of 39.

He pushed the country toward a reliance on nuclear power as the country’s main energy source.

He’s also credited with approving the creation of the country’s high-speed train service, the TGV, in the 1970s, that is still in use today.

Though he was born into a family of the elite, French bourgeoisie, Giscard d’Estaing wanted to reform and modernize French society.

He decriminalized abortion in 1975 and created a minister for women’s conditions.

He also lowered the voting age from of 21 to 18, which was seen in its day as a big step for French youth.

Giscard famously invited garbage collectors to the Élysée presidential palace to converse, in an attempt to understand the needs of “the people.”

Meantime, French President, Emmanuel Macron has described former President, Valery Giscard d’Estaing, who died at the age of 94, as a progressive statesman.

“The directions he gave to France still guide our steps,’’ a statement from the Elysee Palace in Paris said on Thursday.

Macron posted a picture of his predecessor in front of the French flag on Twitter.

Giscard, as he was often called in France, died on Wednesday.

He served the French all his life, and worked for a stronger Europe.

He also worked for a stronger German-French relationship as the driving force of Europe, the Elysee said.

The Elysee also recalled that the centrist politician had launched the predecessor to the group of seven large industrialised countries (G7). (dpa/NAN/AFP)

Joe Biden will propose an eight-year citizenship path for immigrants

Coronavirus: Teenager, 17, who killed herself “felt three-month lockdown was like...