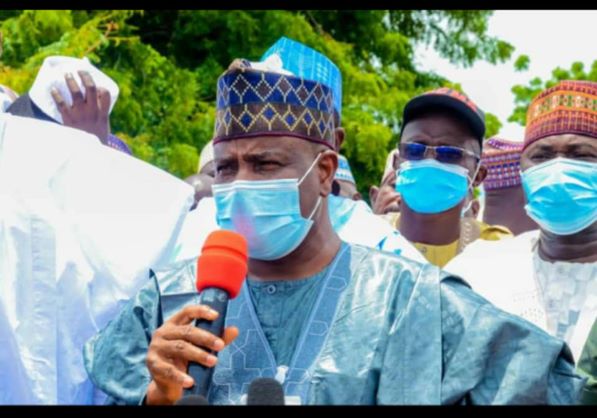 Governor Aminu Waziri Tambuwal of Sokoto State has called on the federal government to desilt Goronyo and Bakolori dams to forestall and checkmate the problem of perennial flooding that occur annually in parts of the state.

The Governor made the call Wednesday while commiserating with the people of Goronyo and Rabah local government areas over the flood disaster that ravaged the areas recently.

Many houses, farmlands, livestock and other infrastructure are among many things lost to the flooding.

According to Gov. Tambuwal, currently the dams are congested with a lot of sand and debris; thus, limiting their carrying capacity and increasing the chances of their being overwhelmed and overflowing with rainwater.

He also called for the expansion and improvement of Falaliya Irrigation Scheme in Goronyo Local Government Area so as to improve food production in the state and the country at large.

The Governor while commiserating with the victims of the flooding explained that his administration is not unaware of their difficulties and hardship.

He maintained that state government is going to send experts to the areas to assess the level of damages wrought by the flood in terms of infrastructure, schools, farmlands, all public offices and houses as well as animals.

Tambuwal assured that the state government will also immediately send relief materials to the victims.

He explained that the state government is working on the possibility of establishing a dam at Jiccini village in Rabah Local Government Area which will go along way in preventing future occurrences of flooding.

Tambuwal further announced that  this year the state government will support dry season farming extensively in a such way that all of those who have lost their crops to the flooding will recover, stressing that the state government is working towards this not only because of the incidence of flooding but in in order to reposition the state for agri-business; and to also minimize the impact of the COVID-19 pandemic in the economy.

He also called on people of the area to continue to support the effort of the state government in collaboration with security agencies in restoring peace in some parts of the state.