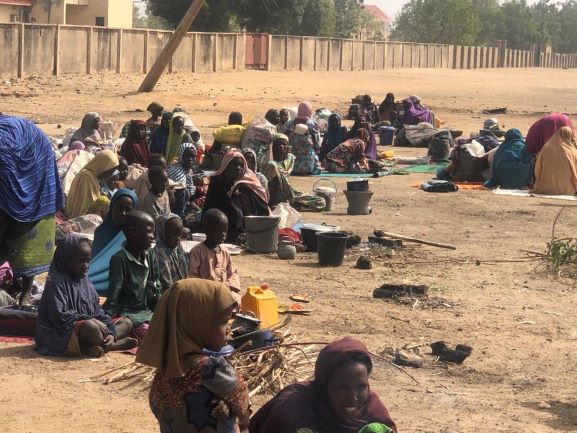 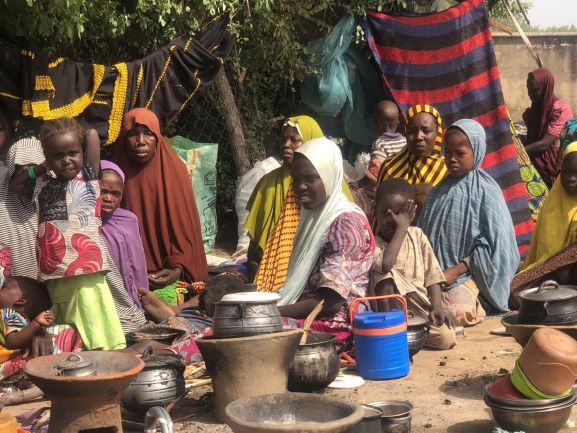 For fear of being attacked by Boko Haram terrorists, about 1000 residents of Kayamla in Konduga local government area of troubled Borno State, mostly women and children, are now sleeping on Maiduguri Street.

The fleeing residents, who had earlier moved to internally-displaced persons’ camps on arrival about two weeks ago, were turned back by. Kayamla is about 20 kilometres from the state capital Maiduguri.

The people, who were seen beside the NYSC IDPs camp in the centre of Maiduguri, claimed they had to flee into Maiduguri when villages around them were attacked and they felt they might be raided by Boko Haram.

According to them, their effort to get admitted in some internally-displaced persons’ camps in Maiduguri did not yield any result as they were turned back and as such they decided to be sleeping on the road.

Speaking to journalists, on Monday, the leader  Maimunat Abba, said their husband sent them to Maiduguri to seek refuge while they stayed back in Kayamla.

“We have been staying here for about two weeks now, we have no choice but to sleep on the street since we were turn back from the camps.

“Even this camp (NYSC IDPs camp) told us that they do not have room for us and we decided to stay on the road. We have been sleep in the cold since then,” Abba said

She added that all the money on them had been exhausted and they found it difficult to have a decent meal.

Abba narrated that they decided on moving to the state capital when it was becoming apparent that their village might be attacked as other villages around them had been attacked and the people had deserted the place.

The people however were subsequently taken off the streets to the Stadium IDPs camp by the Borno State Emergency Management Agency (BISEMA) on Monday afternoon. They were equally given supply of relief materials by the North East Development Commission.

Speaking to journalists, the Chairperson of BOSEMA, Hajiya Yabawa Kolo, said the state government got to know of their predicaments a few hours ago and immediately arranged accommodation for them at the Stadium IDPs camp.

NHRC wants state of emergency declared on rape, other forms of...