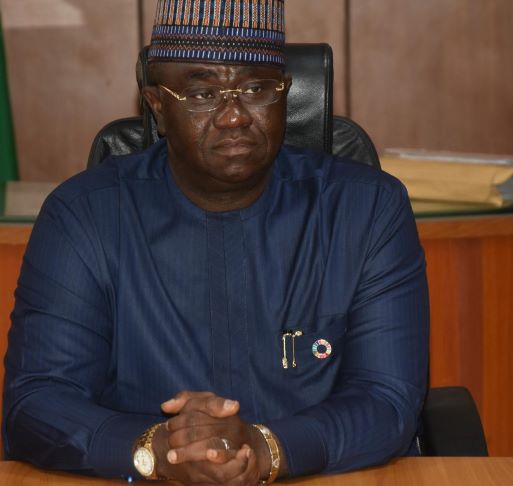 Minister of State for Budget and National Planning, Prince Clem Ikanade Agba, has assured Nigerians that the Federal Government is laying a solid foundation for lifting 100 million Nigerians out of poverty in the next decade through the Medium-Term National Development Plans (MTNDPs 2021-2025 and 2026-2030) and the long-term perspective plan, otherwise known as Agenda 2050.
Agba said that the first MTNDPs were anchored on President Muhammadu Buhari’s commitment to lift 100 million Nigerians out of poverty while the perspective long-term plan would consolidate on the plans to build economic prosperity for the nation and its citizenry.
He spoke on Monday when the House of Representatives Committee on National Planning and Economic Development led by its Chairman, Hon. Olododo Abdulganiyu Saka, visited the ministry in pursuance of its oversight function.
According to Agba, “The planning process will involve participation from sub-nationals (State and Local Governments), major political parties, National Assembly, youth and women organizations and other relevant stakeholders.”
He said that the long-term plan would be developed by the Steering Committee chaired by investment banker and economist, Mr Atedo Peterside and would be co-chaired by the Minister of Finance, Budget and National Planning, Mrs Zainab Samshuna Ahmed, who would interface between the Steering Committee and the Government.
He explained that the Technical Working Groups (TWGs) and the Centra Working Group (CWG) under the coordination of Special Adviser to the President on Finance and Economy, Dr Sarah Alade, had already been inaugurated, pointing out that a presidential approval for an inauguration date for the Steering Committee was being awaited.
The minister stated that President Buhari had approved the commencement of the institutional process of emplacing a successor plan to the Economic Recovery and Growth Plan (ERGP 2017-2020), which would come to an end in December this year.
Agba explained that the primary responsibility of the ministry was to  evolve strategies to develop the national development plan for the country, flowing from the priorities in the plan and on the basis of the plan, draw up budget proposals, which would be forwarded to the National Assembly for consideration and passage, and consequently for the President’s assent.
According to him, “the President is committed to having a true national development, which is why he has approved that the plan should be private sector-driven while the government would be an enabler.
Chairman, House of Representatives Committee on National Planning and Economic Development, Hon. Abdulganiyu Saka, said the House was a partner in progress with the ministry, adding that the oversight visit was to appraise the activities of the Ministry and find ways of possible collaboration in order to move the sector forward.
Permanent Secretary, Ministry of Budget and National Planning, Mrs Olusola Idowu, expressed her gratitude to the committee for their willingness to collaborate with the ministry for the sector to achieve its objectives.
She said that the Ministry would continue to reciprocate the gesture by doubling its efforts in the formulation and coordination of implementation of plans, programmes and projects to achieve its development objectives
Please follow and like us:

Beijing 2022 Olympics: Tickets won’t be sold to public due to...

Who Shall Tell the President Nigeria is Dying? By Dele Momodu