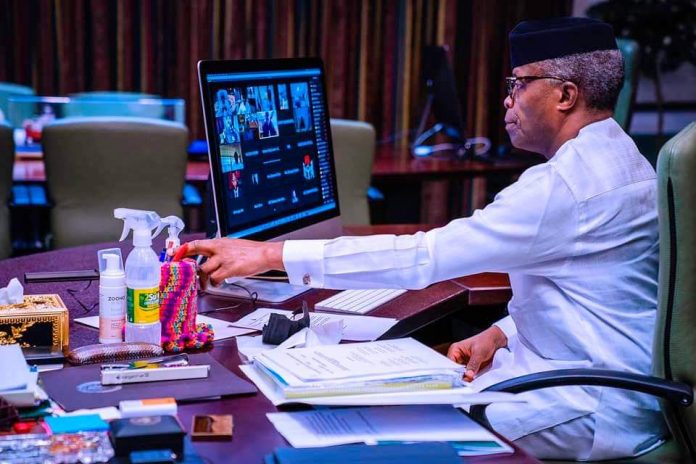 ▪︎Another N255million approved for repairs of oxygen plants in 5 hospitals

President Muhammadu Buhari has approved N6.45 billion for the setting up of gas plants in 38 locations nationwide in a bid to enhance the treatment of Covid-19 patients who need oxygen.

Snippets from the meeting were contained in a press statement by Senior Special Assistant to the President on Media and Publicity, Office of the Vice President, Laolu Akande.

The statement said that while briefing the NEC on the release of the funds, the Minister of Finance, Budget and National Planning, Zainab Ahmed said the President approved the release of the funds for the production of oxygen, necessitated by the increased number of patients who need oxygen due to the surge in Covid-19 infections in the country.

Similarly at the meeting, the Health Minister Dr Osagie Ehanire informed the Council that sequel to President Buhari’s decision to activate the Basic Healthcare Provision Fund based on the National Health Act, N55.1billion was approved in 2018 and that 50% of the sum has since been released to the States and the FCT.

Besides, the Federal Government has also allocated N35billion for 2021 for the Fund.

It would be recalled that the Basic Health Care Provision Fund (BHCPF or “The Fund”) was established under Section 11 of the National Health Act (NHA Act), as the principal funding vehicle for the Basic Minimum Package of Health Services (BMPHS).

The Fund, the statement said, would serve to increase the fiscal space and overall financing to the health sector to assist Nigeria to achieve Universal Health Coverage (UHC).

It stated that funding of the BHCPF would be derived from contributions including — an annual grant from the Federal Government of Nigeria of not less than one per cent (1%) of its Consolidated Revenue Fund (CRF) — grants by international donor partners; and funds from any other source.

Other updates at the NEC meeting included account balances as of 20th January, 2021 given by the Minister of Finance, Budget and National Planning, as follows:

Council also received an update from the Vice President who is the Chairman of Council’s Ad-Hoc Committee on Public Engagements regarding the fallouts of the EndSars protests of last year.

In the update, the NEC engagements will focus mainly on:

▪︎Young intellectuals and emerging industry leaders from diverse sectors, students of tertiary and other educational institutions, youths in the Diaspora who are interested in social-political developments, entertainers and social influencers, trained artisans etc.

MODALITIES AND STAGES OF THE NEC ENGAGEMENTS

The engagement will evolve in three stages:

1. Stage One: State Government(and FCT) facilitated youth engagements, guided by a panel of seasoned professionals(for comprehensiveness, practicability and effectiveness). This will essentially be a youth-driven engagement organised by each State Government or the FCT Administration. As the initial engagement, it will allow for streamlining of the thought processes of the youths’ interaction with State Officials and the selection of representatives, who will participate in subsequent engagements at Zonal and National levels.

2. Stage Two: This is the zonal-level engagement where the issues of concern and the consensus reform ideas developed from the State-level engagements are presented by the individual States’ representatives. This engagement is a collaboration between the youths and the State Governments in the respective zones.

3. Stage Three: This the national engagement, where select representatives from States and the Federal Capital Territory participate in an interactive session with Federal and other Government officials. The youth representatives present the consensus issues of concern and reform ideas developed from the first two stages. The session will be people-centric, providing a platform for the Government to listen to the youth and focus less on presenting its own achievements or defending its perspectives.

Ojezua is an impostor, Imuse is Chairman of APC in Edo,...

NJC recommends Dongban as President Court of Appeal, 69 other appointments