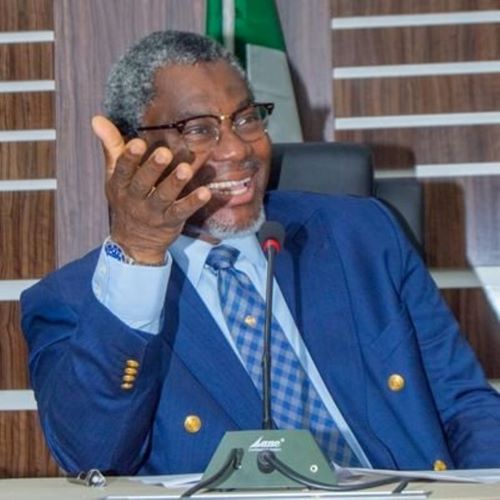 The Federal Government says it is making plans with foreign experts to train some Nigerians in the art of Gold Jewellery making.

Mr Olamilekan Adegbite, Minister of Mines and Steel Development, made this known while briefing newsmen on the recently launched Presidential Artisanal Gold Mining Development Initiative (PAGMI) on Tuesday in Abuja.

The News Agency of Nigeria (NAN), reports that PAGMI is a comprehensive artisanal and small scale gold mining development programme.

The initiative which was recently launched, was to foster the formalisation and integration of artisanal gold mining activities into the country`s legal, economic, and institutional framework.

Adegbite said that the initiative was designed to integrate social, environmental health and safety, economic, commercial, and technical considerations.

“We are making efforts as a ministry through the MinDiver project; experts would be coming into the country shortly once the ban on international air travel is lifted.

“We are selecting about 40 persons to be trained in Jewellery making, we are bringing in international experts and we would be picking one person per state, including the Federal Character Territory (FCT).

“Essentially, they are going to be training the trainers who will also train others across the federation. Apart from the gold itself, we are also looking at turning gold to Jewellery,“ the minister said.

He added that the essence was to add value to the country`s gold, create employment and boost the economy in line with Federal Government’s economy diversification programme.

“While the government’s proof of consent goes on, we encourage individuals, especially Nigerians who are interested in mining to put their monies into the initiative,“ Adegbite said.

He expressed optimism that because government was a continuum, the initiative would outlive the present administration.

Adegbite stressed that the underlining principle of every government project should be the impact it had on the people and the benefits so derived.

The minister added that it should not be about the government that initiated a particular project, saying that once a project was beneficial to the people it should be sustained even when there was a change of government.

“Because this gold economy is good for our country, no matter the administration that comes after President Muhammadu Buhari-led administration, I believe the initiative will be continued, “ he said.

Also speaking at the event, Hajiya Fatima Shinkafi, PAGMI Executive Secretary, said the initiative was aimed at formalising the value chain from the artisanal miners’ perspective.

She said that the initiative would ensure value addition to both the private sector investors and government as well as increase the country`s foreign reserve.

According to her, Osun and Kebbi has been approved as pilot states for the initiative while bio-metric exercise has been carried out in the states.

She said about 50 gold buying centres were established across the country at the moment, while efforts were on to equip the centres.

She added that the buying centres would serve as aggregators and would be accredited by the Ministry of Mines and Steel Development in partnership with PAGMI, keeping to international best practices guidelines for responsibly-sort gold.

“We want them to be profit driven, we want to bring the artisans from the dark into the light so that they don’t operate under the radar and are cheated by middle men,“ she said.

NAN further reports that the first time ever artisanal-mined gold was processed and refined according to the London Bullion Market Association (LBMA), standards in Nigeria was in June.

The standards are required for the use of gold as a reserve instrument by the Central Bank of Nigeria (CBN).

By the PAGMI initiative, the CBN will be purchasing gold that has been mined, processed and refined from miners as part of the country`s external reserves rather than allowing them sell same through meddle men.(NAN