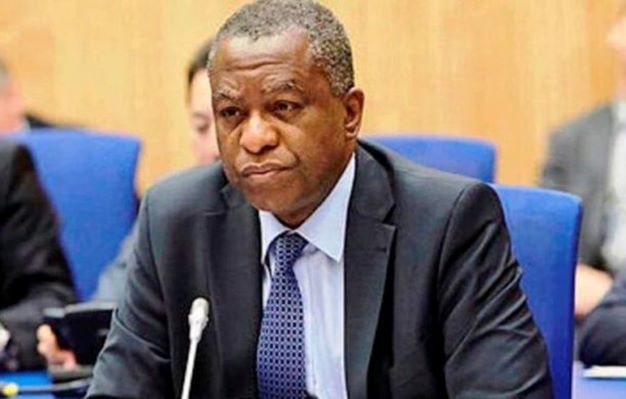 The Minister of Foreign Affairs, Geoffrey Onyeama, has said that the Federal Government was ready to partner with the Actors Guild of Nigeria (AGN) to attract foreign investors and revamp the economy.

Onyeama, who said this on Friday, in Abuja, when members of the AGN visited him, observed that the contributions of the cultural sector to the growth of an economy cannot be overemphasized.

He said that Nigeria’s economy became the largest economy in Africa when its econometrics was rebased factoring in the cultural and creative industry.

The minister noted that the contributions of the cultural sector as at that time, played a significant role in pushing Nigeria into the position of the largest economy on the continent.

He stressed that the partnership between the Ministry and the AGN would leverage on the association as a viable marketing tool for the film sector.

“Ministry of Foreign Affairs has a role in partnering with Nollywood because very clearly, the creative industry plays a very important role not just in the culture of a country but in its economy.

“We know the percentage of America’s GDP that is contributed by the creative industry. I believe that the module of the Nollywood industry is what holds the greatest hope for the country.

“Because we see a spontaneous creation of a whole economic sector, without any input from government but the efforts of practitioners,” he said.

He further said that a very important niche had been carved by the industry, through indigenous efforts and this catapulted it to the world number three position.

“What the industry has achieved is quite phenomenal and should be a template for other sectors and it should give us hope, notwithstanding where we are economically.

“We will be happy to partner with you to further promote Nollywood internationally and there are different ways that we can work collaboratively together to draw a roadmap of how we can work together to achieve value addition,” Onyeama said.

He also pledged the Ministry’s support to address the huge challenges of intellectual and copyright theft facing the industry, adding that the ministry will continue to work with the association to ensure that intellectual property rights were protected.

Earlier, in his address, Emeka Rollas, President of the AGN, said that they were seeking a mutually beneficial partnership with the ministry, which could leverage on the industry’s celebrity power to promote some of its transformation policies.

Rollas said as one of the leading and influential associations in the entertainment sector in Africa, AGN could use its influence to attract foreign investors to the country.

“In line with this, I will be hosting a top American film maker, Daniel Beaty, from Dec. 27 to Jan. 2”, Rollas said, explaining that Beaty had put together a pool of American investors who were keen on investing in the Nigerian Motion Picture Industry (NMPI).

“During the proposed meeting in Lagos, we shall discuss investment opportunities in the film industry and co-production arrangements, and hopefully sign an MoU.

“We are also currently working on a twinning arrangement with British Equity, under the auspices of the the International Federation of Actors (FIA).

“This will effectively help us develop our skills, gain more insights into international practices, as well as help our country attract global market, within the scope of international best practice,” Rollas said.

The Association also said that partnering with the foreign ministry would help to deploy cultural exchange programs and projects to improve Nigeria’s international relations, through soft power diplomatic platforms across Africa.

The AGN president also said they had also decided to honour the minister with an award at its forthcoming “Pan African Actors’ Culture and Diplomatic Convention in 2021” for his phenomenal achievements in national development. (NAN)

Okonjo-Iweala, Myung-hee selected for final round in WTO Director-General race

Delta edge away from Edo to win 20th NSF

I never alleged Supreme Court Judges were in cahoots with PDP...

NHRC to encourage rape and gender based violence victims to preserve...