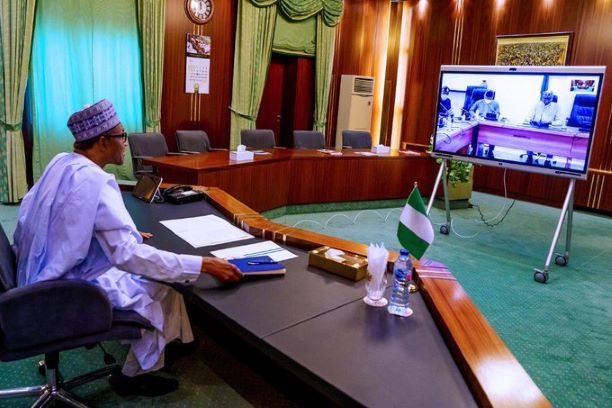 The Federal Executive Council (FEC), presided over by President Muhammadu Buhari on Wednesday in Abuja, approved N108 billion for the construction and rehabilitation of four road projects.

The projects are in Adamawa, Borno, Enugu and Rivers states.

The Minister of Works and Housing, Babatunde Fashola, stated this announced this while briefing State House correspondents on the outcome of the seventh virtual meeting of the council in Abuja.

He said that council approved an augmentation of existing contract by N25 billion for the completion of the Lokponta section of the Enugu-Port Harcourt highway.

“The ministry of works and housing presented two memoranda.

“The first one was to aid the completion of the Lokponta section of the Enugu-Port Harcourt highway.

“It was the augmentation of an existing contract by N25 billion and the council approved that augmentation,’’ Fashola said.

The minister said the council also approved the award of three different roads.

“The first is Dikwa-Marte-Monguno road for N60.273 billion and the Numan road linking Borno and Adamawa for N15.527 billion.

“The third is for Gombi-Biu linking Adamawa and Borno also for N7.643 billion.’’

On education, the Minister of Education, Adamu Adamu, who also addressed the correspondents on the outcome of the meeting, said the council approved an agreement between the Kaduna Polytechnic (KADPOLY) and an investor to renovate 18 blocks of student hostels.

According to him, the contract which is a 15-year concession at the cost of N744.264 million is under a Renovate Operate, Maintain and Transfer (ROMT) arrangement.

“It will take one year to construct the hostels, after which the contractor will run it for 15 years within which they will recover what they have sunk into the project.

“There are 18 blocks of hostels and each room in a block will house four students.

Ministers of Foreign Affairs, Geoffrey Onyeama and that of Special Duties, Sen. George Akume, gave accounts of the performances of their respective ministries in the past eight months.

Onyeama revealed that his ministry embarked on various job-creating schemes aimed at meeting the Buhari administration’s goal of lifting 100 million Nigerians out of poverty.

He said the ministry had also started organising seminars and strategic meetings aimed at changing the process of the nation’s foreign policy direction.

On his part, Akume disclosed that his ministry was looking into the possibility of creating one cottage industry in each of the 774 local government areas to boost commercial activities among rural dwellers across the country.

He said the ministry would partner with the Nigeria Governors’ Forum to fast track the establishment of the industries.

Dele Momodu at 60 A Brotherhood Made in paradise

Buhari condoles with families of policemen murdered in South East