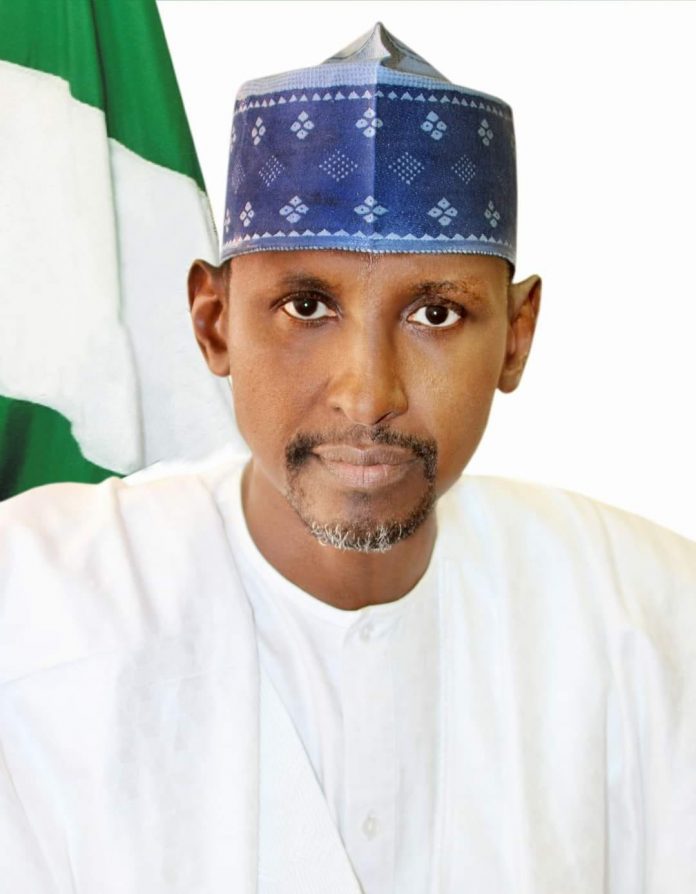 The Minister averred that there was nothing to show that the former President’s daughter ever applied for land in the FCT or made any payment officially or otherwise to the Federal Capital Development Authority FCDA to enable her entitle to own any land in Abuja.

In a joint statement of defence to a legal action instituted by Zainab on the ownership of plot 506, Zone B 09, Kado District, Abuja, the Minister and the Federal Capital Development Authority (FCDA) who are 3rd and 4th defendants in the suit denied ever allocating any plot of land to the plaintiff.

In the defence statement dated September 21, 2021 and filed on their behalf by their lawyer, Mr Yakubu Abubakar, the Ministerr and FCDA informed the court that Zainab claimed ownership of the plot of the Abuja land through a Power of Attorney which the donor, one Haliru Malami later disowned as purpoted seller.

Zainab through her company, Marumza Estate Development Company Limited had dragged Itban Global Resources Limited, Haliru Malami, FCT Minister and FCDA before a High Court of the FCT laying claim to ownership of plot 506, Zone B 09, Kado District, Abuja, having allegedly purchased the land from the FCDA through Itban Global Resources and Malami.

However, in their statement of defence, the 3rd and 4th respondents averred that before filing the court case, Zainab had allegedly given conflicting accounts of how the land was purportedly acquired through a former Minister of the FCT as well as acquisition by way of purchase from the 1st defendant.

They stated that the 1st defendant who allegedly sold the land, issued a letter on March, 4, 2021, denying ever selling the land and ever issuing Power of Attorney to the plaintiff.

They further argued that there was nothing in the records of their Department of Land Administration and the Abuja Geographic Information System, indicating that the plaintiff paid any money whether official or otherwise in respect of the land, adding that their review of events revealed that the registration of the purported Power of Attorney was irregular.

The 3rd and 4th defendants further claimed that upon the discovery that the plaintiff was laying claim to the plot of land through irregular documents, they voided and set aside a Certificate of Occupancy purportedly obtained from FCDA.

They therefore asked the court to dismiss the case of the plaintiff with cost because she is not entitled to any claim in the originating summons.

At Tuesday ‘s proceedings, Justice Olukayode Adeniyi, granted permission to the plaintiff to amend her statement of claim and subsequently fixed December 15 and 16 for definite hearing of the matter.

Justice Adeniyi had on July 11, declined a request by Zainab, for an injunctive against the Minister of the Federal Capital Territory and three others over the disputed land.

Zainab, had through her counsel, Chief Sebastine Hon SAN filed a motion on notice praying the Abuja high court to issue an injunctive order to stop the FCT Minister and other defendants in her suit from taking any further actions on the disputed land.

The Judge had held that request for injunctive order at the stage of the suit would not only delay the hearing of the matter but will affect the substantive claims and counter claims in the case.

She claimed that the plot of land was donated to her through an Irrevocable Power of Attorney executed at the Federal Capital Development Authority FCDA by Itban Global Resources Limited through a purchase.

In a writ of summons dated June 24, 2021, with suit number: CV/1270/2021, Ms Yar’Adua’s company, urged the court to order the 1st defendant, Itban, who had allegedly given an “irrevocable power of attorney” over the disputed property to surrender the land to her firm.

She added that having been issued with irrevocable power of attorney on the plot of land, Itban Global Resources Limited had transferred its interest in the land to her own company, Marumza Estate Development Company Limited.

The claimant urged the court to make an order compelling Itban Global Resources Limited, 1st defendant and its directors including Alhaji Malami (2nd defendant) to execute within 72 hours of the delivery of judgment on the matter, a “Deed of Assignment in favour of her company.

Yar’Adua’s daughter further sought an order compelling the FCT Minister and the FCDA, to do all that is necessary to vest the legal ownership of the disputed property in her within 30 days from the delivery of the verdict.

While seeking the sum of N500 million as general damages, the claimant equally asked the court to issue a perpetual order of injunction restraining the 1st and 2nd defendants and their agents from laying claim to the property.

However, in a counter-affidavit by Mr Malami and his company filed by their counsel Dr. Remi Peter Olatubora SAN, they alleged that Ms Yar’Adua, using one Sani Rabo and others as “fronts,” unlawfully procured documents pertaining to the disputed property in the name of the 1st and 2nd defendants respectively.

Itban alleged that one Sani Rabo who knew history of the land conspired with the claimant to forge letters, power of attorney, resolutions, among others to fraudulently transfer ownership of the land to the claimant.

The 1st and 2nd defendants claimed that two Senior Advocates of Nigeria, Joseph Bodunde Daoudu and Rickey Tarfa who were earlier engaged by the claimant withdrew their Chambers from the suit upon the discovery of magnitude of fraud used to fraudulently claim the land.

Claiming that the land was allocated to them on June 5, 2009 upon payment of all mandatory fees, the two defendants said the land was not developed because it was in the bush then.

They claimed that the Alternative Dispute Resolution ADR employed by FCDA resolved the matter in their favour presentations of their title documents that made FCDA to void and cancel the purported power of attorney that fraudulently transfer the land to Ms Zainab.

In their 72- paragraph affidavit, the two defendants described Ms Zainab’s Company as a sham having been allegedly registered in gross violation of Company And Allied Matters CAMA laws at the Corporate Affairs Commission CAC.

Specifically, they alleged that the two directors paraded to register the company on July 15, 2009, Umar Ibrahim Lange and Maryam Sa’idu were her biological children from her two former husbands who were 7 and one years respectively at the time they were used as directors to secure registration in breach of CAMA laws.

Malami who deposed to the counter-affidavit dated June 7, 2021, averred that Ms Yar’Adua “unlawfully” erected a structure on the property in dispute without the knowledge of the FCDA or the authority of his company.

He however claimed that since he discovered that Zainabu trespassed on the land in dispute in March this year (2021), his own company and its directors have been in effective occupation of the land.

The two defendants pleaded certified true copies of documents obtained from Corporate Affairs Commission CAC and FCDA to counter the claim of the claimant and to establish their ownership of the land.