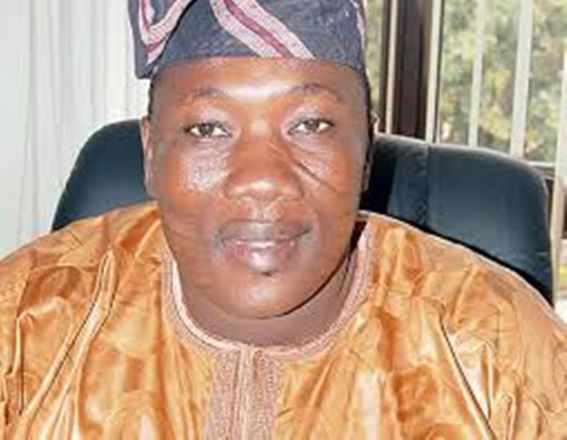 By Richard Akintade, Osogbo
The Osun State Chairman of the All Progressives Congress (APC), Prince Gboyega Famodun, has felicitated wuth the immediate-past Speaker of the state, Hon Najeem Salaam, on his 55th birthday, saying the Oluomo of Ejigboland was one of the political leading lights of the state.
Famodun, in a statement issued by his Media Consultant, Kola Olabisi, in Osogbo on Monday (August 10, 2020) and made available to The Conclave, stated that the cool-handedness of the former Speaker was what brought about the hitch-free condition of the administration of the state House of Assembly when he was in the saddle.
The state APC chairman recalled that the positive contributions of Salaam were immensely instrumental to the successes recorded by the administration of ex-Governor Rauf Aregbesola.
Famodun stated further that it was the administrative ingenuity and modesty injected into the running of the administration of the state House of Assembly by Salaam as the the Speaker that has now become its norm which the current leadership of the House is building on.
His words: “It is on record that Hon Najeem Salaam is one of the most successful House of Assembly Speakers in this country as he successfully presided over the affairs of the House without hitches for complete eight years without let or hindrance.
“There’s no way the history of this state could be written in full without dedicating a sizeable portion of it to him because of his selfless and outstanding performance as the Speaker of the House.
“My understanding of the ‘Birthday Boy’ is that he is not only a modest politician but desperation for political office is not in his dictionary as he is a complete believer in the supremacy of the party.
“He is also a grassroots politician who is loved by his people in his constituency and beyond based on the number of lives he has been touching in and out of office,” the Igbajo-born APC state chairman remarked.
Famodun prayed to God Almighty for Salaam to celebrate more birthdays in life in good health and accomplished aspirations in all ramifications by the reason of his new age.
He also prayed to God to continue to spare his life to enable him contribute more to the upliftment of Osun State in future.
Please follow and like us:

Health Minister urges citizens to have faith in COVID-19 vaccine