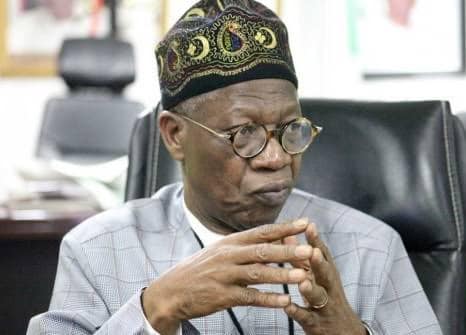 Minister of Information and Culture, Lai Mohammed, said that fake news on social media, if not tackled, could cause great damage to the world.

Mohammed, who disclosed this in an interview on Channels Television’s “News Night”, said: “The mix of fake news using social media platforms has now become a cancer that if the world does not take time, it will destroy the world.”

He noted that he had always been at the forefront of the fight against fake news and reiterated his stance that “the next war will be caused by fake news”.

He therefore called for collaboration among stakeholders to tackle the menace.

He noted: “If we do not take the issue of fake news, social media seriously, it will be at our own peril.”

He, however, dismissed fears that the Federal Government might want to stifle the media via the regulation of social media, explaining that stakeholders had always been carried along in the country’s quest to curb fake news.

“The government is setting up a high-powered committee to see how we can make social media more responsible,” he said.

He added: “And I want to say this clearly, nobody has the intention of stifling the media.”

The minister accused social media platforms of double standard especially during the aftermath of the #EndSARS protests that rocked Nigeria in October 2020.

“It was fake news. Unfortunately, the major players like Twitter and co were supporting this,” he stated.

The Minister’s comment was consequent upon a kidnap that took place in a secondary school in Kagara, Niger State that led to the abduction of scores of students by gunmen.

Despite fears that the Federal Government might be forced to pay a ransom to ensure the students were freed, the minister said there was no plan to give money in exchange for the kidnapped students.

“The immediate concern of the Federal Government is to get those students released unharmed,” he added.

According to him: “In doing so, we are going to employ kinetic and non-kinetic. But non-kinetic does not necessarily mean amnesty or ransom. But we would not outrightly say we would not do this or that. But one thing I know the government will not do is pay ransom.”

He explained that if the government paid a ransom to free the abducted students, it would become a “bad precedent” and people would turn the kidnapping of schoolchildren into a business.