Home Business & Economy External reserves to fall below $30 billion, more forex restrictions expected
Share
Facebook
Twitter
Pinterest
WhatsApp
The travel restrictions and other measures being implemented around the world in order to curb the Coronavirus pandemic has led to the shutdown of the global economy.

The sub-Saharan region in Africa is not immune from the economic shock caused by the coronavirus outbreak.

The oil exporters from the sub-region have been seriously hit hard by the crash in crude oil prices which is compounded by drop in demand due to a series of lockdowns and restrictions being carried out globally.

Renaissance Capital (Rencap), in its analysis, revised down the growth forecast for Sub-Sahara Africa from 3.5% to 1.3% which is occasioned by deteriorating external reserves and weakened currencies.

The crash in crude oil prices has made the already fragile Nigeria’s economy vulnerable to recession. This is because about 60% of the Federal Government’s revenue and 90% of their export revenue comes from oil.

Analysts have predicted the foreign reserve to fall below $30 billion if some measures are not taken. 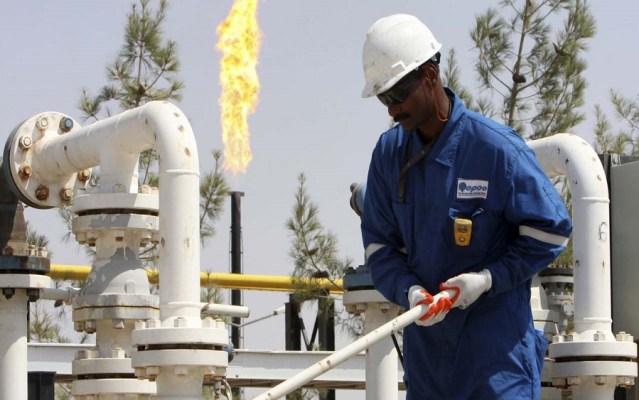 Although oil may only account for 9% of GDP, it had generally been acknowledged as an important facilitator of economic activity.

As a reaction to the crash in crude oil prices, coupled with a sharp decline in the country’s foreign reserve, the Central Bank of Nigeria (CBN) on March 20, announced the collapse of the multiple exchange rate and the unification of the official rate, rate to BDC operators and the rate for importers and exporters (I&E) window.

The apex bank also devalued the naira at the I&E window to N380 per dollar from N365 per dollar. The bank’s rate has also been adjusted from N306 per dollar to N360 per dollar. However, the devaluation fell short of the fair value which should be N410 per dollar.

Analysts from Rencap, however, are suggesting that the value of the Naira should be closer to N450 per dollar rather than N400 per dollar.

Following a significant drop in the country’s foreign exchange earnings and huge import demand, the Naira will continue to come under pressure to depreciate further as Nigeria’s foreign reserves continue to decline rapidly. Going by the trend in 2014/2015, when the country was faced with the similar circumstance of the crash in oil prices, the external reserves is going to be declining by $1 billion monthly over the next 6 months.

At that rate, the external reserves, which was about $36.3 billion as at February, is expected to go below $30 billion by September.

However, the extent of the decline in foreign reserve depends on the success or otherwise of the import restriction policy, which was done in 2016. It is also expected that a decline in demand, as a result of the lockdown and weaker naira, is expected to adversely affect imports. From the report, there is a probability that the CBN, will impose forex restrictions in order to maintain the stability of the naira without depreciating.

Most economic and financial experts have always criticized the forex restriction policy of the CBN. They have advised that rather than restrict access to foreign exchange, the Federal Government should come up with the right policies and incentives to encourage investment and diversification thereby driving competition and productivity.

In a related development, the Rencap analysts are of the view that the devalued rate is expected to increase the Naira revenue of the government and mitigate the crash in oil prices.

They are also of the opinion that this is the best time to do away with fuel subsidy especially with the crash of oil prices. The forex rate adjustment for imported petrol at N360 per dollar shows that the market price of petrol should be N95 per litre. So this means that the government is making a surplus of N30 per litre.

Fela nominated for induction into 2021 Rock & Roll Hall of...

Naira depreciates at black market amid decline in oil prices