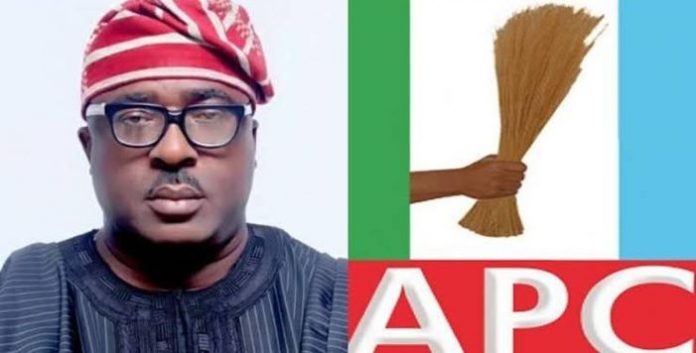 Eta, who is standing for acting national chairman, Senator Abiola Ajimobi, in a telephone call in Abuja, said some people were after his life.

His disstress call came barely less than 24 hours when a detachment of policemen took over the party headquarters.

The APC boss also said the party has obtained information some unidentified thugs and arsonists were being brought from Port Harcourt to burn the party secretariat in Abuja to blackmail the the National Working Committee (NWC).

According to Eta: “We got information that they are going to send thugs from Port Harcourt. They are coming here to burn the Secretariat and make it look like the National Working Committee instigated a fire incident so that the Secretariat will be burnt down and then, they will give the impression that it is the NWC that is burning down the Secretariat because they (NWC) don’t want Victor Giadom to come in.

“They are have two intentions, that is number one. Number two is that they are going to make an attempt on my life. I just thought that I should let the press know this.

“I am just moving out of my house, I’m coming to secretariat from there I will report to the police.”

On Tuesday, the party secretariat was sealed for about five hours by the Police.

VP Osinbajo and I are committed to one, indivisible country- SGF,...