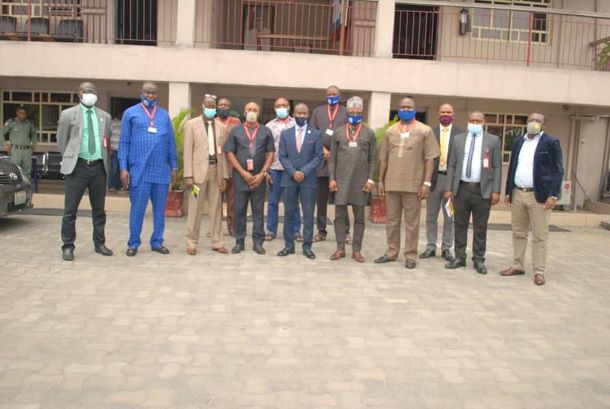 The Economic and Financial Crimes Commission, EFCC, has charged the Petroleum Tanker Drivers’ branch of the National Union of Petroleum and Natural Gas Workers, NUPENG, Port Harcourt Zone, to educate its members on the dangers of getting involved in illegal oil bunkering.

This charge was made on Thursday, August 20, 2020 by the Port Harcourt zonal head of the EFCC, Abdulkarim

Chukkol, while receiving executive members of the union in his office. He noted that the Commission had severally arrested Truck drivers for alleged smuggling and diversion of petroleum products.

He observed that the activities of such drivers constituted economic sabotage, as they deny the nation the benefits of the natural resource.

He however thanked the union for the visit while imploring it to play more active role in checking incidences of oil theft in the region.

According to Chukkol, “It is our joint responsibility to address this issue and we are ready to work with you because you have a voice that resonates with the people”.

However, the Vice President of the Union, Lucky Etuoku who spoke for the union executives, denied the involvement of members of the union in products smuggling and diversion.

“I want to assure you that PTD is not part of illegal oil bunkering. We are law abiding. Those arrested are not our members,” he said. He added that the union was aware of the nefarious activities of some tanker drivers and had in the past facilitated the arrest of some of them.

Comrade Etuok said the union decided to visit the EFCC zonal office not only to acquaint themselves with the new zonal head, but to draw his attention to some of the Tucks belonging to members of the Union which were still being detained.

He pleaded with the zonal head to use his good offices to facilitate the release of the Trucks.

In his response, Chukkol stated that the Commission will not keep any Truck if there is no reason to do so.

According to him, the release of any exhibit was contingent on the outcome of the investigation. In the case of oil theft matters, he pointed out that investigation takes time, as the Commission, most times; rely on the expert opinion of other agencies to conclude its investigation.

He however promised to look into the issues raised by the Union.