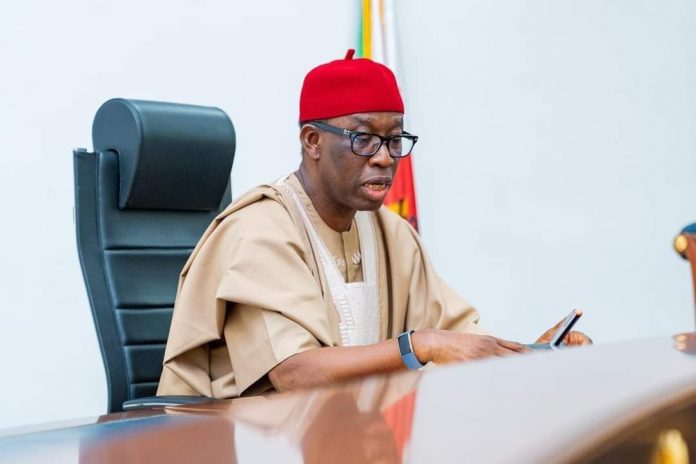 Governor Ifeanyi Okowa of Delta has condemned in strong terms the reported killing of a policeman and injuring of another during the #endsar protests at Ughelli on Thursday.

In a statement by his Chief Press Secretary, Mr Olisa Ifeajika, in Asaba, the governor said that it was disheartening that the unfortunate incidents occurred while the policemen were carrying out their lawful duties.

He acknowledged that citizens reserved the right to protest against any case of injustice or perceived wrong in the society, but cautioned that such right must be exercised within the ambit of the law.

“As a government, we recognize that protest on any issue of governance or the like is a legitimate right of citizens, but must be embarked on responsibly and within the ambit of the law.

“I, therefore, condemn in very strong terms, the killing of Corporal Etaga Stanley and injuring of another officer, Sergeant Patrick Okuone, by hoodlums under the guise of #ENDSARS protests.

“I call for calm in the area and urge the police authorities to carry out a thorough investigation into the issues over the protest and circumstances surrounding the killing of the policeman, injuring of another and damages to police patrol vehicles by the hoodlums reportedly sponsored by ‘Yahoo Boys’.

“I also call on the people, particularly the youths, not to take law into their hands. It is the constitutional duty of the Police to maintain law and order in the society, and they should be supported by all and sundry to do so in all times.

“On behalf of the government and people of Delta, I commiserate with the Commissioner of Police, the Delta State Police Command and the family of the deceased officer, in the unfortunate incident of Thursday at Ughelli.

“I call on the people of Delta and other Nigerians involved in the #ENDSARSNOW protests to remain peaceful while the Inspector-General of Police carry out a reform on the SARS team as being demanded,” the governor said