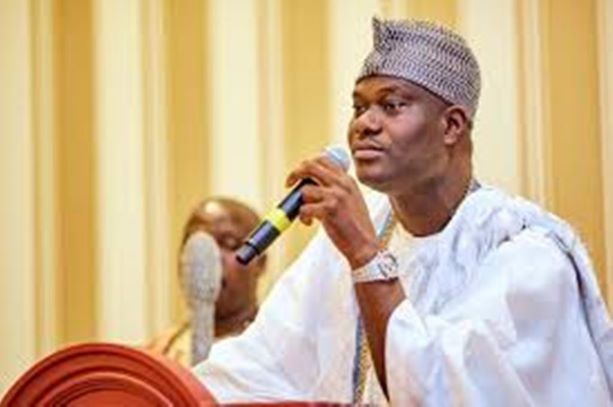 By Richard Akintade, Osogbo.
The Ooni of Ife and Arole Oduduwa, Ooni Adeyeye Enitan Ogunwusi, Ojaja II on Wednesday announced plans by traditional rulers in Nigeria to mediate between the Federal Government and organisers of the EndSARS Movement as a matter of urgency, saying the sad event that happened last night at the Lekki Toll gate in Lagos where armed soldiers were alleged to have killed unarmed young protesters is highly disheartening and regrettable.
Ooni Ogunwusi said the decision of the authorities to protect public facilities is necessary but should not include military engagement of the armless protesting youths as the deployment of armed military personnel in clearly civil protests ought not to be encouraged until all peaceful avenues have been fully exhausted, saying such preemptive strikes can only worsen an already combustible situation.
This was made known in a statement issued and signed by the Director, Media & Public Affairs,
Ooni’s Palace, Comrade Moses Olafare and made available to newsmen in Osogbo the state capital.
According to the statement, the African foremost monarch preached that more patience and dialogue is needed to bring both parties to the table to set timelines for the implementation of the demands of the movement.
Separating the peaceful protesters from the perpetrators of crimes, the Spiritual Leader of the Oodua race described the Lekki Toll-Gate protesters as very descent Nigerian youths with high sense of patriotism to their country. He wants the government to make the soldiers involved in the dastardly attack face wrath of the law.
“The hoodlums were always seen in tattered dresses armed with dangerous weapons, perpetrating all manners of criminality like jailbreak, forceful extortion from motorists, bag snatching, arson, vandalism, maiming and killings. They were only disguising to be protesters, while the real ideological protesters most of whom are well known human rights activists, corporate Nigerians, very successful private individuals, popular artistes and other celebrities are the ones at the Lekki Toll Gate and other selected spots across the country even at times joined by government officials including governors of respective states.”
“Our political leadership must immediately investigate the circumstances that led to the avoidable confrontation and consequent loss of lives with a view to swiftly fishing out the unlawful attackers who must be made to face the law.
“The Federal and State governments have in no doubt shown responsibility by accepting the demands of the EndSARS movement. The youths should create a platform to monitor its implementation.”
“There is a clear difference between the criminal hoodlums who have begun to hijack the hitherto peaceful protests and the patriotic Nigerian youths who were daily converging at the Lekki Toll Gate in Lagos and selected locations in other states including Abuja FCT in line with global best practices of protest gathering.”
“It is the hoodlums and vagrants perpetrating all manners of criminality discrediting the noble ideology of the peaceful Youths that should be demobilized and arrested.
“There is no doubt the exploitation of the protests by criminals attacking prisons, police stations and public facilities put the government on the edge and might have led to the military option but it is important to separate hoodlums committing these heinous crimes from protesters gathered in a specific location to draw attention to their legitimate demands.
“Tension has risen on both sides.It is time to calm down and allow traditional rulers, as fathers of the Nation to lead the way to peace and restoration of trust. We must find amicable solutions even though this Lekki Toll Gate attack, has regrettably eroded the trust needed to establish dialogue and ensure a civic process for resolving the crises. We must not be tired.”.
Ooni said.
The Co-Chairman, National Council of Traditional Rulers of Nigeria(NCTRN) called on the security agencies not to spare the criminals tainting the pure motives of the EndSARS movement for change and bring them to justice.
“Our children are on the streets rather than checking out because they believe in the future of Nigeria and that our system is flexible enough to adapt to changes for better perfornance.
“Their generation was nurtured with the values of efficiency, transparency, accountability and value chains. These are the noble values they seek to inject into our polity so that our country can realise its potential as a world power.
“We need to manage the process of listening to them and working with them to jointly arrive at the new Nigeria of our collective dreams, a dream that President Muhammadu Buhari has recognised as a statesman and our president.” He added.
While praying for the souls of those who have died across the country and quick healing for the wounded, the Ooni wishes to call for calm on all fronts in order not to aggravate the already tense atmosphere across the country.
“Just the way the Ooni and some other leaders have already started begging them to retreat and allow government attend to their demands which are in the best interest of all of us in this country including  Police and Army officers themselves, continued appeals pacifying the angry Nigerian youths and other peaceful conflict resolution method should have been adopted.”
“Once again, Ooni Adeyeye Ogunwusi wishes to reiterate his call on the protesting youth to kindly retreat and allow government attend to their noble demands which are after all in the best interest of all stakeholders in the country, including Police and Army officers themselves.
He similarly calls upon governments at all levels to demonstrate urgency and responsiveness by immediately acting on the yearnings of these patriotic Nigerians in order to facilitate a just and peaceful resolution of all the challenges confronting the country.
Please follow and like us: