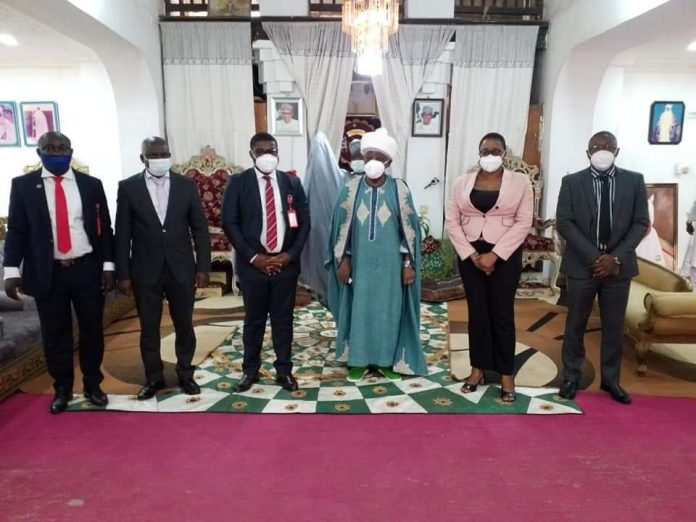 The Emir of Ilorin and Chairman of the Council of Traditional Rulers in Kwara State, Dr Ibrahim Sulu Gambari, has pledged support for the Economic and Financial Crimes Commission’s (EFCC’s) anti- graft war.

Gambari made the pledge on Monday, September 7, 2020, while receiving the delegation of the EFCC, led by the Ilorin zonal head, DCDS Kazeem Oseni who paid him a Courtesy visit.

According to the first-class traditional ruler “I’m assuring you on behalf of Council of Traditional Rulers in Kwara State that you will get our support; my door is opened twenty-four hours and I will be there to assist you.”

Earlier, Oseni, while appreciating the Emir of Ilorin and other traditional rulers in Kwara State for supporting the fight against corruption, also solicited for more support and cooperation.

“I believe that it’s mandatory to be here and pay homage, I’m also here to seek for more support in the fight against all forms of financial crimes.

“We have heard so much about you before, I’m very sure that you will help us to sensitize your subjects so that they can understand that the fight against corruption is not a personal fight,” he stated.

NCC resolves 99.2% of telecom consumers’ complaints in first quarter of...

Nigerians submit 9,777 requests to INEC for additional polling units in...