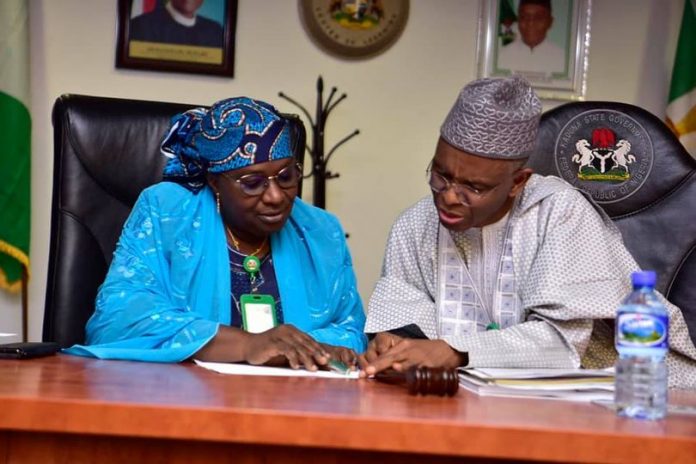 Malam Nasir El-Rufai has assigned new portfolios to some commissioners and senior officials of the Kaduna State Government.

The governor said that the reshuffle is designed to help harness fresh energy for the government’s final lap, bring new insights and enable the commissioners to have more rounded experience of the government.

A statement signed by Special Adviser to the Governor on Media and Communication Muyiwa Adekeye disclosed that eight of the 14 commissioners swapped portfolios.

It added that there were no changes in the ministries of Finance, Justice, Health, Housing and Urban Development, Internal Security and Home Affairs and Human Services and Social Development.

Muhammad Sani Abdullahi, the Chief of Staff, returns to the Planning and Budget Commission, the responsibility he held with distinction during Malam El-Rufai’s first term.

It is the second time that a chief of staff to the governor is being reassigned as Commissioner. In 2019, Muhammad Bashir Saidu, then Chief of Staff, was redeployed to the Ministry of Finance.

The government has also announced the appointments of Professor Mohammed Sani as Chairman of the Local Government Service Board; Muhammed Muazu Muqaddas as Executive Secretary of the State Emergency Management Authority (SEMA) and Dr. Shuaibu Shehu Aliyu as Permanent Secretary.

Malam Nasir El-Rufai has conveyed the state government’s gratitude for the service of Aliyu Saidu, former DG-KADCHMA and Lawal Jibrin, former GM of KEPA, who are leaving the government.

Only revolution or ‘benevolent’ dictator can reform Nigeria, says Banire

“We don’t have that kind of money”– FIRS denies giving Osinbajo...