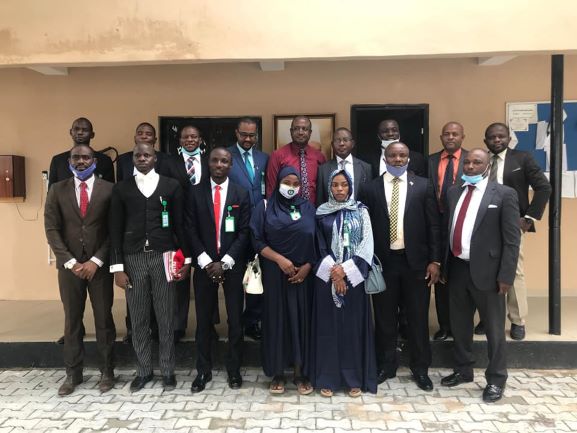 The Economic and Financial Crimes Commission, (EFCC) has tasked the leadership of the Nigerian Bar Association (NBA) against frivolous exparte applications of lawyers, which often affect the operations of the Commission.

Kano zonal head of the EFCC, Sanusi Aliyu Mohammed, make the appeal on Monday when the leadership of the Kano Branch of the NBA paid him a courtesy visit.

He noted that much as it is the constitutional right of lawyers to defend their clients, some counsels usually employ exparte applications they know lack merit, just to stagnate prosecutorial efforts of the Commission.

The Kano Branch of the NBA, led by its chairman, Aminu Sani Gadanya, had paid a courtesy visit to the Commission’s Kano zonal office, seeking partnership with the EFCC towards the improvement of justice delivery system in the country.

Gadanya disclosed that one of his main objectives as NBA chairman was to have partnership with critical stakeholders in the administration of criminal justice, among which is the EFCC.

While recognising the critical role of the EFCC in justice administration, he said, “We are here to urge you to extend the support you gave the past NBA administrations over the years to the new NBA.”

The support, Gadanya, said, would see to joint sensitisation seminars and workshops by the NBA and the EFCC.

In his response, Mohammed assured the NBA executives of the Commission’s cooperation and partnership, noting that “the Kano zonal office is ready to work and partner with you and whatever cooperation the NBA has been enjoying, prior to my assumption of office, will not only be sustained but will be improved. It will improve because it is necessary that we work harmoniously together.”

NPA allegedly too high-handed in dealing with OMSL, says Group