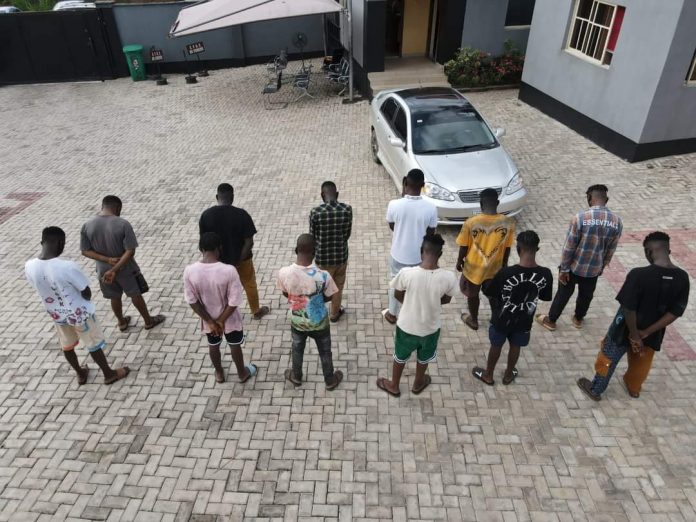 The commission further stated that the suspects most of whom claimed to be undergraduates were apprehended following actionable intelligence on their alleged involvement in internet-related crimes.

It said at the point of the arrest, series of fraudulent documents and other instruments allegedly used in committing the suspected crimes were recovered from them.

The items include a Toyota Corolla, sophisticated phones and laptops.

They will be charged to court as soon as the investigation is concluded.