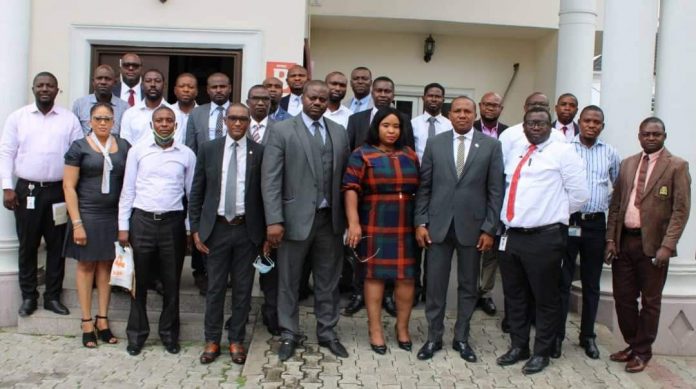 The call was made on Tuesday, August 18, 2020, in Uyo, Akwa Ibom State , by the Uyo zonal head of the EFCC, Mr. Akpa Uchenna Edeh while holding a meeting with bank compliance officers.

Edeh noted that the end benefit of every economic or financial crime was monetary and called on banks to brace up for more active roles in the fight against corruption. He disclosed that the EFCC still encounters difficulties and delays from the banks in the areas of response to its letters; post-no-debit order; reporting of suspicious transactions on accounts; shifting of responsibilities and on failure to comply with the ‘Know Your Customer directive.

“It is important to note that we do not write letters because we just want to. We work in accordance with the speed at which fraudster may move out funds, and we desire that we receive response from banks with same speed”, he said.

He cautioned account officers against developing affection for their customers, to the extent of alerting them that they are under investigation by the EFCC or that their accounts have been flagged. “In as much as you have to protect the bank, don’t do so at the detriment of the nation. Do not protect the bank and destroy the nation,” he said.