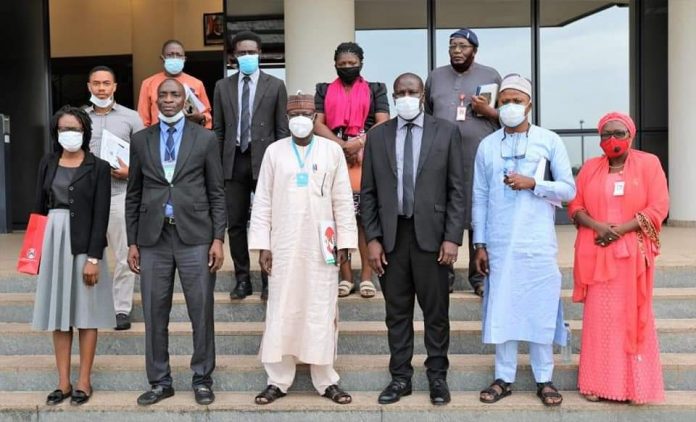 The Acting Chairman of the Economic and Financial Crimes Commission, (EFCC), Umar Abba Mohammed, has renewed calls for the establishment of Special Courts to try corruption cases.

He made the call in Abuja on Friday while receiving members of the Monitoring Committee of the Administration of Criminal Justice Act (ACJA), who paid him a working visit.

According to him, the only means of minimizing delay in the trial of cases, was to establish Special Courts to try financial and economic crimes.

“Delay of cases in court is a challenge to us. This challenge can be addressed if there are Special Courts handling corruption cases,” he said.

Mohammed commended the Committee members for their efforts in monitoring the compliance of law enforcement agencies with ACJA, stressing that the EFCC was complying adequately with the Act.

He specifically addressed the Commission’s detention facilities, describing them as world class.

“Our detention facilities are world class. Many suspects prefer to be remanded in EFCC custody than in any other place”, he said.

Their brief, according to him, was to assess the level of compliance of law enforcement agencies with ACJA.

“Our visit is to smoothen the progress of synergy between prosecution agencies and the judiciary,” he said.

Nweke further stated that his Committee had the responsibility of preparing and submitting an annual report of criminal justice administration in Nigeria.

A Series of deliberations were made between the Committee members and management staff members of the EFCC, led by Umar.

The EFCC’s chair spoke extensively about the difficulties of getting remand warrants in the Federal Capital Territory, appealing to the Committee members to press for a review of a decision against such warrants.

He equally deliberated on leakage of information by court staff members and bankers to criminals, saying that such a practice should be checkmated.

“Tip-off of criminals by court staff members and bankers are not healthy developments. They should be checked”, he said.

The Committee members were later taken round the Commission’s detention facility at its Corporate headquarters, and they expressed satisfaction with the state and sophistication of the facilities.