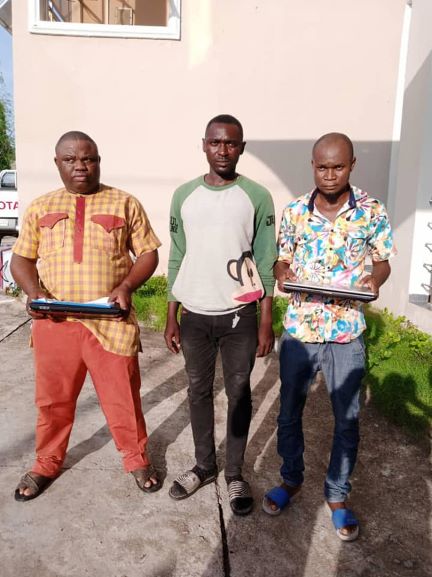 Operatives of the Makurdi Zonal Office of the Economic and Financial Crimes Commission (EFCC) have arrested 36-year-old Michael Damhindi, (who is a security guard with an old generation bank), Chidi Emmanuel Aniekwe (32), and Terhemba Iorhen (35) who specialise in defrauding unsuspecting members of the public by pretending to help them operate ATM machines.

The anti-graft agency in a statement on Friday said the suspects would station themselves around ATM machines and ready to help bank customers who have difficulties actualising their transactions in ATM machines and in the process harvest their victim’s vital account details for their criminal purposes.

The anti-graft agency further stated that investigations also reveal that they fraudulently obtain some of their victim’s vital bank details through SIM swap.

The Commission added that they were arrested in the North Bank area of Makurdi, the Benue State capital and one Mazda Millennia car, 31 ATM cards of different banks, bearing different names, 19 phones, two laptops, 16 starter SIM packs, SIM cards of various networks, one Glo modem, a flash drive and fake currency notes were recovered from the suspects. 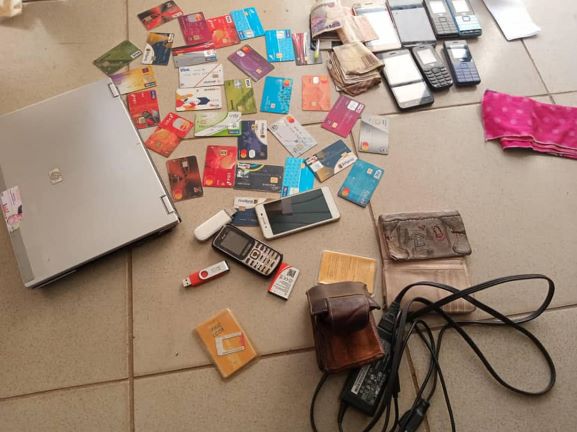 The agency said the suspects would be changed to court as soon as investigations are concluded.

Stakeholders to FG: Lack of protection for whistleblowers hurting fight against...

Senate confirms INEC commissioner-nominee accused of being an APC member

House of Reps to sue Akpabio for defamation