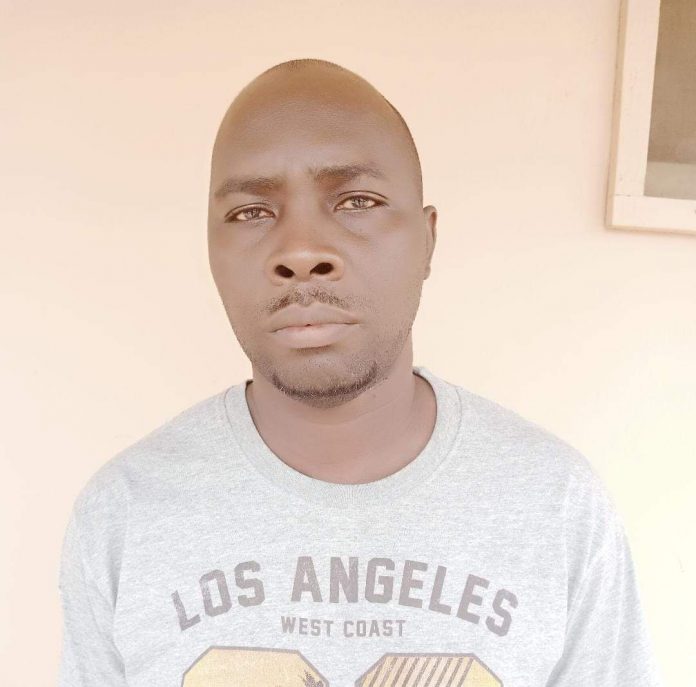 The Ibadan Zonal Office of the Economic and Financial Crimes Commission, EFCC, has arraigned a former employee of the Joint Admissions and Matriculation Board (JAMB), Olayiwola Oguntade, for allegedly defrauding the PolyIbadan Microfinance Bank of N10,000,000.

According to the Commission, Oguntade, who worked at the Finance and Accounts department of the Board’s head office in Abuja, was brought before Justice Bayo Taiwo of the Oyo State High Court 9, sitting in Ibadan, on Tuesday, October 13, 2020, on a three-count charge bordering on obtaining money by false pretence, forgery and altering.

Count one of the charges reads: “That you, Olayiwola Oguntade sometimes in 2010 at Ibadan within the jurisdiction of this Honourable Court, with intent to defraud obtained the sum of N10,000,000 (Ten Million Naira) only by false pretence through Kola Al-Amin from PolyIbadan Microfinance Bank Ltd. and thereby committed an offence.”

The accused pleaded not guilty to all charges.

His arraignment followed the discoveries made during investigation into a petition received from the PolyIbadan Microfinance Bank Limited against one Kola Al-amin, a businessman.

The bank had accused the businessman of refusal to pay up a N10, 000,000 (Ten Million Naira) loan he obtained to finance a project he was to execute for JAMB.
However, investigations into the allegations revealed that it was Oguntade who actually tricked Al-amin into obtaining the loan through a fathom contract.

According to findings, Oguntade contracted Al-amin sometimes in 2019 to supply internet services to the JAMB office in Abuja, issuing a Local Purchase Order (LPO) and a letter of Domiciliation purportedly from JAMB to back up the ‘contract’.

Brandishing the “contract documents” with the confidence that they were genuine, Al-amin approached the bank for a N10m loan, and was granted.

He made the payment as directed.

He, however, realised that he had been duped after waiting in vain for the completion of the project and payment of his money by JAMB to allow him liquidate the loan.

His failure to repay the loan prompted the PolyIbadan Microfinace Bank to petition the EFCC, leading to the discovery of Oguntade’s fraudulent acts.

EFCC’s investigations revealed that the suspect forged the LPO and the Letter of Domiciliation bearing a fake signature of JAMB’s Registrar and Director of Finance.

It was also discovered that the account he directed Al-amin to pay into was his.
After pleading not-guilty to the charge on Tuesday, the prosecution counsel, Mabur Mabas, prayed the court for a trial date. But the defense lawyer, Bamidele Salawu, moved for the bail of the accused.

Justice Taiwo released Oguntade on bail in the sum of N1,000,000 and two sureties in like sum.

One of the sureties, he ruled, must have a landed property, and both should identify themselves with valid identity cards to be verified by the EFCC.

The case was adjourned to November 5 for trial.