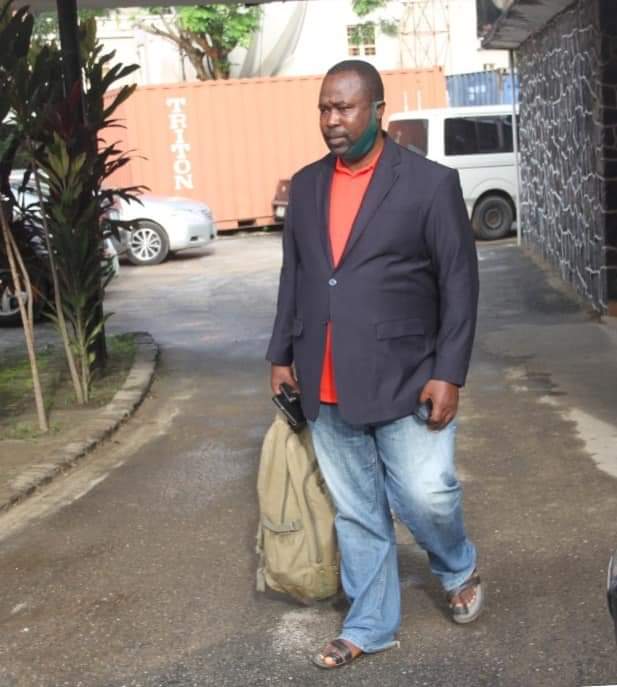 Alao, who is also the Baale of Megida Town, Ayobo, Ipaja, Lagos, is facing trial alongside, Kolusade Oluwafemi, Quadro Lookman and Atinuse Albert, Owerser Nigeria Limited on a four-count charge bordering on stealing, offering gratification to a public official, corruption and abuse of office by public official.

One of the counts reads: “That you, Prince Adeniran Owen Alao, Owerser Nigeria Limited, Kolusade Oluwafemi, Quadro Lookman, Atinuse Albert, sometime in 2014, within the jurisdiction of this Honourable Court, dishonesty stole One Hundred and One acres of land at P&T, Ipaja, Akinyele , Lagos, property of the Federal Government”

Another count reads: “ That you, Prince Adeniran Owen Alao, sometime in 2014, within the jurisdiction of this Honourable Court, promised , offered and gave Kolusade Oluwafemi , Quadro Lookman, Atinuse Albert, whist being public officials of the Federal Ministry of Justice , but posted to the Federal Ministry of Lands, Housing and Urban Development and Federal Ministry of Power, Works and Housing, respectively in order that they can act or refrain from acting the exercise of their official duties.”

The defendants pleaded not guilty to the charges preferred against them.

In view of the defendants’ pleas of “not guilty”, the prosecution counsel, Ayanfeoluwa Ogunsina, asked the court for a trial date.

However, counsel for the first, second, fourth and fifth defendants, Bolaji Ayorinde, SAN, told the court that, though he was not opposed to the prayer by prosecution for a trial date, he had filed summons for bail of his clients.

He further told the court that the prosecution counsel had served him with a response to the bail applications for his clients.

Ayorinde, therefore, prayed the court to admit the first, fourth and fifth defendants to bail on self-recognition or very liberal terms, pending the hearing and determination of the charges against them.

Counsel to the third defendant, Kehinde Sanni-Mutusei, urged the court to remand his client in the custody of the EFCC, pending the hearing of his bail application.

Sanni-Mutusei also told the court that the third defendant is a legal practitioner with the Ministry of Justice and that he would not constitute a fight risk.

However, the prosecution counsel, Ogunsina, in his response, told the court that he had, on October 8, 2020, filed a counter-affidavit to the bail applications filed by the defence counsel and also filed a written address same day, which he would adopt as his argument.

Ogunsina further told the court that the first defendant might interfere with his respective witnesses during the trial, particularly because of his status as a retired military personnel and businessman.

He said: “ Whilst I am not opposed to your Lordship granting the defendants’ applications for bail, it should be on very strong conditions that would enforce their attendance in court for the trial. “

However, counsel to the third defendant, in his response, told the court that his client is based in Abuja and that he had been on administrative bail since 2017.

In her ruling on the bail applications, Justice Taiwo granted the first defendant, Alao, bail in the sum of N20m, with two sureties.

One of the sureties must be a land owner, while the other must be a family member, with evidence of gainful employment.

The third, fourth and fifth defendants were granted bail in the sum of N5m each, with one surety in like sum.

The sureties must be family members or colleagues, whose addresses or offices must be verified.

The judge gave approval for the counsel to the first, fourth and fifth defendants to sign an undertaking to produce them at the next adjourned date.

The third defendant was ordered to be remanded in the EFCC custody pending the perfection of his bail conditions.

He would however be transferred to the Correctional Service custody if he is unable to perfect his bail conditions in the next seven days.

The case was adjourned to November 11, 2020for commencement of trial.

What do Yoruba people want? By Olusegun Adeniyi