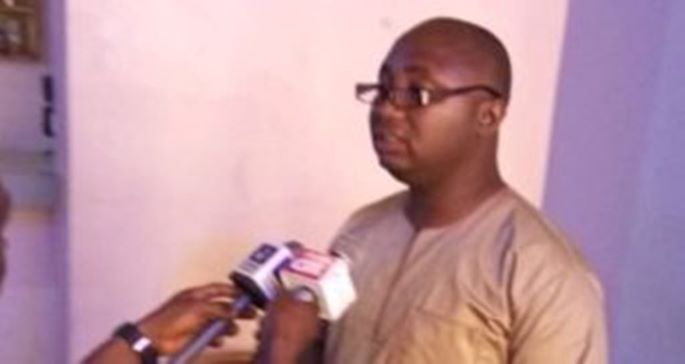 A civil society organization, Centre for Liberty has commended the Independent National Electoral Commission, INEC, on the conduct of the Edo state governorship election, saying it delivered the assignment “in a mostly civilized and less disruptive manner across the state.”

In a statement signed by its Convener, Ariyo Dare Atoye and Co-convener, Adebayo Raphael, the Centre, however, noted “the unfortunate flashes of violence in 13 of the 18 Local Government Areas in the state during pre-election campaigns.”

The statement reads: “Having observed the general conduct of the just-concluded governorship election in the state, we cannot but commend the initiative of the Oba of Benin, Ewuare II, who led the peace meeting among political gladiators in the state, and set the pace for the National Peace Committee, led by former military head of state; General Abdulsalam Abubakar, to continue its commendable work of ensuring peace in Edo State and across the country.

“The role of the Oba of Benin, Ewuare II in the just-concluded governorship election in Edo inspires us to appeal to Royal Fathers across the country to demonstrate their commitment to peaceful, free, fair and credible elections in Nigeria by demanding electoral reforms in the country.

“CFL equally commends the general conduct of the various stakeholders in the election; from the permanent and ad-hoc staff of the Independent National Electoral Commission (INEC), to the various security agencies that participated in the election — especially the Nigerian Police Force for their vigilance and professionalism, the local and international election observers, and also the political actors and civil society organizations.

“Although the election was mostly peaceful and free of disorder, there were reports and cases of overzealous loyalists of some political parties who tried to scuttle the election and create confusion. We believe that INEC and the Nigerian Police will do well to deal with the culprits as legally provided in the present Electoral Act, so as to continue to deter potential election disrupters from indulging in this ignoble act.

“As a growing democracy, the Edo State governorship election has once again validated the position of CFL and many other Nigerians that electoral reform is of utmost importance to the progress of our democratic process.

“We note that Nigeria can no longer afford to defer the importance of electronic transmission of election results and electronic collation of same. INEC has already demonstrated its willingness to embrace this lofty leap with its ‘Zip with Z-File’ initiative, and while this may not be the same with e-transmission and e-collation, it gives a sense of commitment to electoral transparency on the part of the election umpire.

“It is upon this background that CFL wishes to state that the National Assembly must quickly proceed to pass the Electoral Act Amendment Bill 2020, giving legislative backing to e-accreditation, e-transmission and e-collation of election results. It is crucial that this is done as quickly as possible before the major political activities on the next general election commences in the country.

“In addition, we commend the wisdom of INEC in enforcing the ‘No Mask No Vote’ policy only as practicable as the strict enforcement of this policy may have led to voter disenfranchisement, but we also encourage the commission to unfailingly ensure adequate supply of face-masks in subsequent elections so that voters may be provided with one upon arrival at a polling unit.

“We equally would like to suggest that INEC considers strongly, the decentralization of election logistics handling by contracting credible institutions to take on the responsibility. This would likely help to avoid the delays that we noticed across many polling units before the commencement of voting due to late arrival of election materials, and in turn help the Commission to stay true to its publicized time range for poll opening and closing.

“We also note that the Commission must ensure that the COVID-19 social distancing protocol is well-observed during subsequent elections, as this will not only help keep voters safe but also make possible the strict enforcement of the open-secret ballot system which was undermined in some polling units where vote-buying occurred in the Edo governorship election. Continuing voter education on this and many other election-day issues is crucial for the Commission just as it is for all political parties in the country.

“Finally, and in conclusion, the Independent National Electoral Commission must strongly consider the growing call by Nigerians for the 2023 general elections to be held in one day as this would significantly improve the quality of our elections by inspiring more voter participation and confidence in the electoral process, just as it would reduce the possibility of violence during elections in the country.”

Woman shot dead in US Capitol was a veteran and Trump...

Why APC should reject Fani-Kayode, by Ojudu