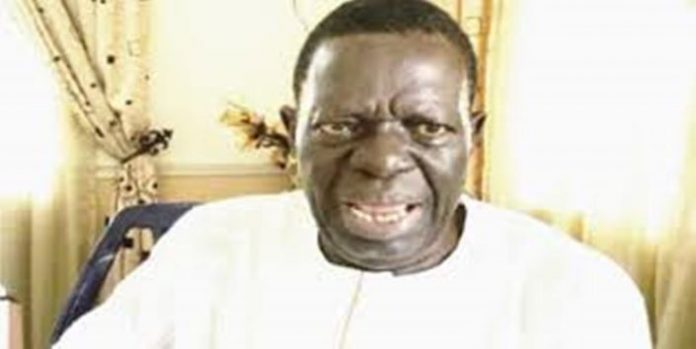 * Seeks return of governorship to Edo Central in 2024
Former Chief Whip of Senate and Chairman, National Contact Committee of the Action Democratic Party (ADP), Senator Rowland Owie has called on the 18 revalidated political parties in Edo State to present a candidate that would sign an irrevocable undertaking to spend only four years in office so that tge governorship position will go to Edo Central in 2024.
Owie, in a statement he personally signed, said Edo South produced Chief Lucky Igbinedion in 1999 and 2003 and Edo North produced Comrade Adams Oshomole from 2008 to 2016.
According to him,  it was clear that as a matter justice and equity, governorship should have moved to Edo Central on the basis of equity.
“In 1999, at the inception of the fourth Republic of Nigeria, zoning of political offices was introduced into the country’s political architecture both at the national and state levels and this has been on.
“In Edo State, in 1999, Edo South took the governorship and our son, Chief Lucky Igbinedion, became the governor.
“In 2007, after Edo South 8 years ptenure, PDP moved her governorship slot to Edo Central and Sen. Oserhemen Osunbor took it, while ACN took her slot to Edo North and Cmrade Oshomole took it.
“With Edo North having produced the governor of Edo State in person of His Excellency, Comrade Adams Oshiomhole, it was clear that at the end of his tenure the governorship of Edo State would, as a matter justice and equity, move to Edo Central.
“Aspirants like Mr Peter Esele, former President of TUC on  the ACN Platform and Architect Mike Onolememen, on the PDP platform and other aspirants from Edo Central were already doing serious ground works knowing it was the turn of Edo Central to produce the governorship of Edo State,” Owie said.
He further cited example with Delta State that, according to him, had completed one circle of governorship from each Senatorial District
.
Owie said Chief James Ibori for Delta Central, Dr Emmanuel Uduaghan for Delta South and Sen. Ifeanyi Okowa now for Delta North.
He said, “That is justice. That was how it was in Edo State before the impunity contractor in the PDP in Edo State announced that PDP had zoned her governorship position slot to Edo South.
“That was what destabilised the orderly rotation of the governorship slot in Edo State.
“I am, however, happy that at the fullness of time, all of us, without exception, shall face particular and final judgments before Throne of Grace.”
“With that impunity, governorship returned to Edo South,” Owie said.
Please follow and like us:

NCDC says Meningitis will kill 50% of patients if untreated

We are not organising contest or recruiting – NNPC

Buhari mourns Prof. Odekunle, says he was a valued friend