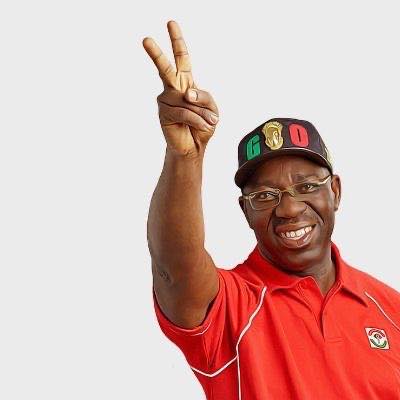 ▪︎events to hold in adherence to COVID-19 protocol

The Edo State Government has released a line-up of activities for Governor Godwin Obaseki’s inauguration for a second term in office and the fourth edition of the Alaghodaro Investment Summit.

The government said that it had made provisions for virtual participation in line with government’s guidelines to check the spread of coronavirus (COVID-19).

In a statement, Secretary to the State Government, Osarodion Ogie Esq., said a state-wide clean up exercise had been scheduled for Saturday, November 7, to hold across the state, as one of the pre-inauguration activities.

Governor Obaseki will be sworn into office along with his deputy, Rt. Hon. Comrade Philip Shaibu, for another term of four years, on November 12, 2020.

The state-wide clean-up, which is to be held at the community level across the 18 local government areas in the state, will kick off between 7am and 10am and will take-off at Ring Road, Benin City, the state capital.

Ogie said other activities lined up for the Alaghodaro Summit tagged “Alaghodaro 2020: The Edo Summit” included: “The 4th Edo Youth Summit on Wednesday, November 11, which will be held at the New Festival Hall in Government House, Benin City with 300-sitting capacity, between 9am and 1pm. Over 2000 other participants are will join through virtual means, as the event will be broadcast live.

“The inauguration ceremony, which will feature the gubernatorial inauguration/swearing-in ceremony of the Edo State Governor will hold on Thursday, November 12 between 11am and 1pm prompt at the Samuel Ogbemudia Stadium with provision for 750 guests. The event will also be broadcast live.”

He said that the Investment Summit tagged, “Making Edo Great Again,” would hold on Friday, November 13 at the New Festival Hall with 300 sitting capacity in Government House, Benin City, between 9am-1pm, adding, “Over 2000 other guests will attend the summit virtually.”

Ogie noted that Jummat Prayers for Muslim faithful would hold on the same day at the Central Mosque, Government House, Benin City by 1.30pm.

According to him, the Super Eagles’ 2021 AFCON qualifier game between Nigeria’s Super Eagles and the Leone Stars of Sierra Leone would be played at the Samuel Ogbemudia Stadium on Friday by 5pm.

He added: “A Thanksgiving Service tagged ‘Thanking God for Making Edo Great Again’ will be held on Sunday, November 15, at the New Festival Hall at Government House with 300 sitting capacity by 11am.”

Ogie further said, “Physical attendance at all event venues will be strictly by invitation as virtual participation in the various summits will be available via Zoom. All events will be broadcast on major news stations and social media platforms. COVID-19 protocols will be strictly adhered to.”