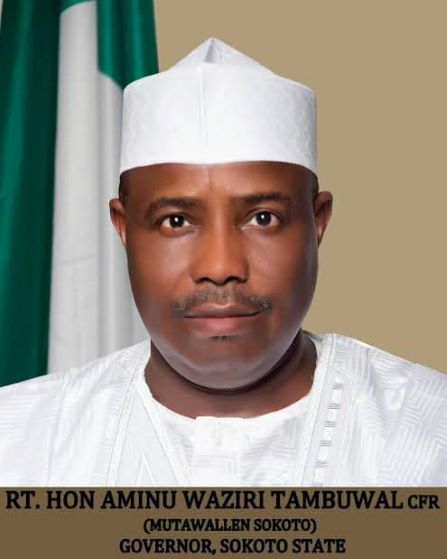 The forum also urges PDP supporters to stay vigilant and ensure that all votes are counted and all votes count.

This was contained in their communique issued at the end of virtual meeting held on 1st August, 2020.

The meeting presided over by the Chairman, Rt. Hon. Aminu Waziri Tambuwal saw the Governors deliberating on various issues concerning the Forum and the nation.

The Forum also welcomed formally the Edo State Governor, Godwin Obaseki and congratulated him on his emergence as the leader of the PDP in Edo State and the party’s candidate in the forthcoming September Gubernatorial election.

The Governors also resolved to lend its complete and total support to the PDP in Edo State in order for it to emerge victorious in the forthcoming governorship election in the state.

The Forum congratulated Eyitayo Jegede, SAN, on his emergence as the flag bearer of PDP in the forthcoming October Gubernatorial election in Ondo State and resolved to support him and the party to recover Ondo State for the PDP in the election.

The Governors further encouraged all Nigerians to continue various efforts to contain the COVID-19 disease; and, lend support to the cooperative efforts between the States and Federal governments in the federation in the fight against the pandemic and in reopening of schools in a safe and responsible manner.

The meeting resolved to set up Legislative Liaison Committee and Legal Affairs Committee.

The Legislative Liaison Committee is expected to liaise with both the national and state legislatures on legislative matters. The Committee is also expected to guide the Forum on pending Bills, including the Electoral Act Amendment and Constitution Review matters as it affects the Forum.

The Governors said the Director General of the Forum will serve as the Secretary to the two Committees.

The Meeting resolved to thank the National Chairman and members of the National Working Committee of the PDP in the way and manner they conducted primary elections in Edo and Ondo States and the generally rancor free congresses in many states of the federation. It urged the party to continue to deploy conflict resolution mechanisms to resolve any disputes.

The meeting was attended by:

Amendment of NB Code By Lai Mohammed is illegal – NBC...