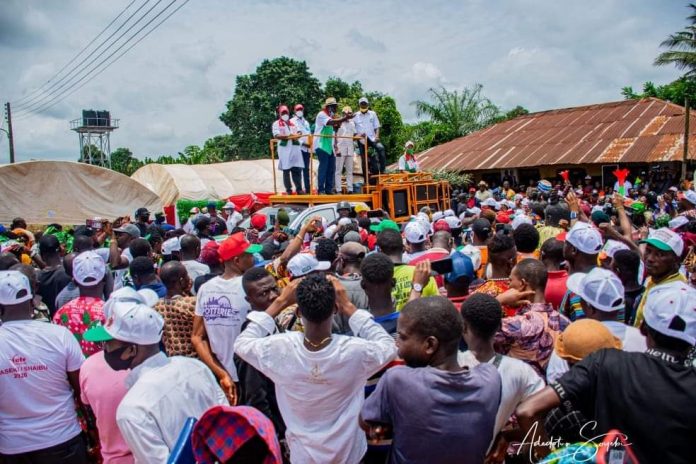 The Peoples Democratic Party (PDP) has condemned in the increasing attacks on its members and supporters ahead of the September 19, 2020 governorship election in Edo State.

The party warned that “the simplicity and meekness of the party’s candidate and Edo State Governor, Mr. Godwin Obaseki, must not be taken for granted.”

Ikhine noted: “Everywhere we go, they will go and destroy our campaign materials and sometimes beat up our supporters.

“The laws and powers are in the hands of the Governor. His simplicity should not be insulted. Is it because he is gentle? Our Governor is gentle like Jesus Christ, but he will be re-elected like a lion,” he said.

Ikhine who urged eligible voters in the area to vote PDP and protect their votes for continuity, maintained that PDP was sure of victory at the poll “due largely to the number of trusted and reliable personalities it parades.”

He advised: “Anybody planning to rig this election should have a re-think as Edo people are ready to defend their votes.”

Edo PDP As A Punctuation Mark, By Josef Omorotionmwan

The Tricky Trial of Nnamdi Kanu, By Olusegun Adeniyi

An open petition on continuous absence of Mr Osaze Osemwengie-Ero from...