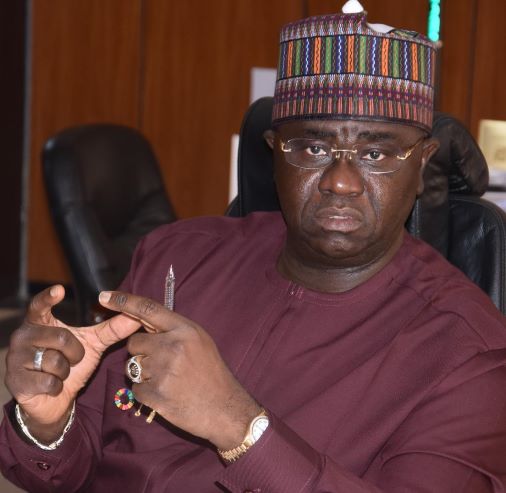 Minister of State for Budget and National Planning, Prince Clem Ikanade Agba, has congratulated the governorship candidate of the All Progressives Congress (APC) in Edo State, Pastor Osagie Ize-Iyamu and his running mate, Hon. Gani Audu, on their emergence as the party’s joint governorship ticket for the scheduled September 19 election in the state.
In a message to the duo, Prince Agba said that while there was no doubt that the journey was tortuous, the outcome of the primary election and the series of consultations that produced the Ize-Iyamu/Audu joint governorship ticket demonstrated the resolve of the APC to take Edo State to the next level.
According to him, “I am very confident that you will provide the needed leadership to turn Edo State around. I have no doubt that you will work with all stakeholders to bring the desired quality governance to our citizens.
“Our teeming youths need jobs that they can both ear-mark and eye-mark. Our students need a decent environment and quality teachers to deliver the promise of educating the youths for the next generation. Our economy requires someone with a genuine entrepreneurial spirit and selfless disposition for a rejuvenation.
“Our elderly men and women and pensioners need someone with a compassionate heart to care for them. Our healthcare sector needs a surgical intervention as only a healthy population can enjoy the dividends of democracy. Our Stormwater plan and projects need completion.
“Our drains need to be desilted to solve our flooding problems. Our governance system needs an urgent reform by someone with proven emotional intelligence and political sagacity. I am convinced that you will accomplish the above and more and bring the genuine change Edo people have been yearning for.”
Agba also congratulated the other contestants in the APC primary election, Hon. Pius Odubu, Hon. Osaro Obaze and others who stepped down their aspirations before the primary election, saying they all demonstrated commitment to democracy and the party by participating in the process.
He assured them that their labour would not be in vain and also urged them to rally behind the Ize-Iyamu/Audu governorship ticket for a comprehensive victory over PDP and other parties in the coming election.
“I urge all members of our great party to unite around the Pastor Osagie Ize-Iyamu/Gani Audu ticket in the overall interest of the party and Edo people. I can say without any iota of doubt or equivocation that we shall be victorious on September 19th.
“The pointer to the victory that lies ahead was the very successful conduct of the primary election in a rancour-free manner, devoid of the shenanigans witnessed in other political parties,” he said.
Agba further said that the APC in Edo State had demonstrated an uncommon camaraderie and desire to again form the next government in the state, adding, “I am confident that the government that will emerge after the September election that will be led by Pastor Osagie Ize-Iyamu will be one that will inspire hope in our people, harness our God-given potentialities and lead Edo people to prosperity.”
He stated that Edo State was an APC state and “it must remain so.”
According to him, “It is my sincere hope that leaders, stakeholders and members of the APC in Edo State will work assiduously to sell the profile and agenda of Pastor Osagie Ize-Iyamu to every person even though he is already a household name from his many years as a grassroots mobilizer.
“On my part, I am prepared to offer the leadership alongside our other eminent federal elected and appointed office holders on the platform of our great party to ensure that the party emerges victorious in line with President Muhammadu Buhari’s directive to get Edo State back to the APC fold; and, I take this opportunity to assure Mr President that we will not disappoint him.”
Please follow and like us: