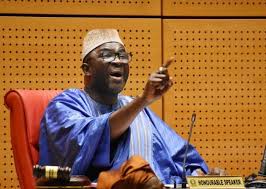 The recent closure of the Nigerian borders with West African neighbours might hamper the implementation of the free trade movement within the sub-region of the Economic Community Of West African States (ECOWAS), officials said.

Moustapha Lo, the regional bloc’s parliament speaker, said this while addressing parliamentarians at the ongoing 2nd Extraordinary Session of the ECOWAS Parliament in Monrovia.

Whilst seeking a reversal of the decision by the Nigerian government, Lo said in a statement on Tuesday.

Lo said that this border closure would continue to pose a threat to the implementation of the protocol on the free movement of persons within the region.

The parliament speaker noted that this development came at a time when Africa was working to intensify efforts for the effective abolition of barriers within the member-states.

The Nigerian authorities had closed the borders with Benin about a month ago and Niger more recently, as a measure toward tacking the challenge of smuggling.

The ECOWAS parliament said this is a hindrance to the achievement of the regional bloc’s main objective, which includes “achieving the creation of a prosperous, borderless West African region where peace and harmony prevail”.

“The ECOWAS Parliament calls for compliance with Community provisions and thus calls for the reopening of borders and a coordinated fight against smuggling in the region,” the statement said.

“The root causes of this recurrent situation must be studied with a view to finding a permanent solution.”

It further urged the Nigerian government to find a permanent solution to the challenge of smuggling, rather than closing the borders, which, the ECOWAS parliament said, was not a lasting solution. (Xinhua/NAN)

PDP felicitates Atiku at 75, says he is an irrepressible democrat

Bingham University announces resumption of students in batches from October 12

Salah creates only goal as Egypt edge out Senegal on World...