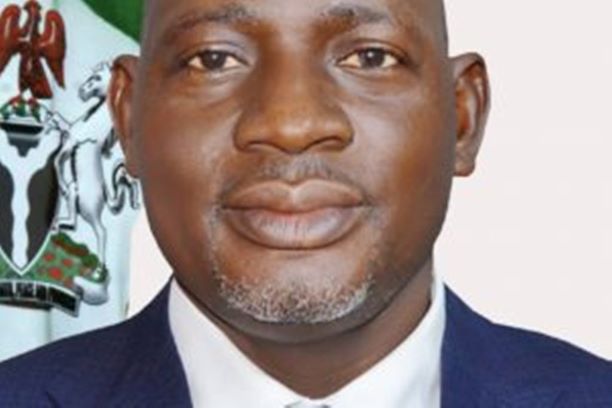 Chairman of the Federal Inland Revenue Service, FIRS, Muhammad Nami, has argued that the diversification of the Nigerian economy, though a work in progress, is on course.

Speaking at the “Public Presentation And Breakdown Of The Highlights Of The 2022 Appropriation Bill,” Muhammad Nami stated that N4.2 trillion had been collected so far in 2021 in revenue, with about 3.3 Trillion Naira, that was over 77% of the total collection from the non-oil sector.

“To address the issue of Nigeria not diversifying its economy, from a tax perspective, you will discover that we are actually diversifying the economy,” Nami stated.

He added: “The total collection we have up to 31 September, which we have not fully reconciled with the CBN and the Nigerian Customs is about 4.2 Trillion Naira, and from this amount, oil related taxes accounted for only 22 per cent which is 950 Billion Naira only, while the non-oil taxes we have generated within that period is 3.3 Trillion Naira.”

Recall that President Buhari had acknowledged during his 2022 Budget presentation speech to the National Assembly that, “On a positive note, we surpassed the non-oil taxes target by eleven (11) percent in aggregate. The sustained improvement in non-oil taxes indicates that some of our revenue reforms are yielding positive results. We expect further improvement in revenue collections later in the year as more corporate entities file their tax returns and we accelerate the implementation of our revenue reforms.”

Muhammad Nami noted that though the potential of the country’s non-oil revenues were being harnessed, it was however not adequate.

“To discuss about the taxes that are being paid in the country and to say whether they are adequate or not, I want to believe one, they are not adequate,” he noted.

“People are not willing to pay even when they are appointed as agents of collection; whatever they have collected on behalf of the government they find it difficult to remit.

“When you compare Nigeria as an oil producing country to a small country like Saudi Arabia that the Honourable Minister [of Finance] has pointed out, we are still not there.

“We assume that we are a rich country, I don’t think that is correct. We only have the potential to be rich, because we have a very huge population of about 200 million.

“Saudi Arabia with a population of about 35 million people has an oil firm, ARAMCO that raked in 49 Billion Dollars in profit in 2020. At our official rate, that is roughly about 20 Trillion Naira in profit: more than the total budget sum for 2022 that was submitted by President Muhammadu Buhari.

“Despite the above statistics, Saudi Arabia still earns revenue from several other sources including religious tourism and Value Added Tax which is as high as 15%, as against Nigeria’s 7.5%,” Nami stated.

The FIRS Executive Chairman emphasized that the best way to fund budgets globally was through payment of taxes by citizens particularly personal income tax which is a direct tax as against indirect taxes; he further noted that personal income taxes in other countries account for over 50% of the funds available to their respective governments for funding expenditure.

“Our total taxpayers today is in the region of about 41 million people and the total personal income tax paid last year was less than N1trn by 40 million people.

“If you also compare that with our own brother South Africa where they have a total population of about 60 million people, with just 4 million taxpayers, the total personal income tax paid in South Africa last year is about N13trn. You can now see that these things are not adding up.

“So if we don’t pay these taxes, there is no way the government will be able to provide the social amenities required, the critical infrastructure required for the wellbeing of the country,” Nami stated.

Minister of Finance, Zainab Ahmed, in reply to a question, noted that there was a social contract between taxpayers and authorities, and that government revenue that was generated was being applied to funding its expenditure at all the three tiers of government.

She cautioned citizens to pay their taxes, noting that it was when they paid their taxes that “they become stakeholders who can demand accountability from the government.”

Soldier commits suicide after killing a customs officer in Seme