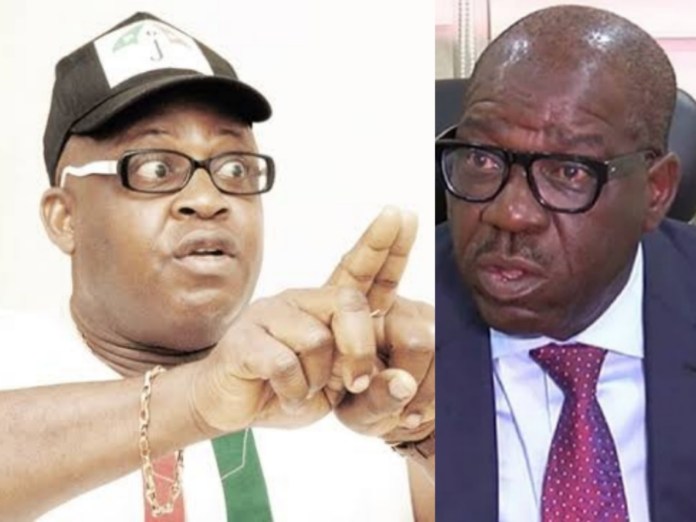 There were conflicting reports of what transpired in a Benin High Court on Friday in a case involving PDP South National Vice Chairman,  Chief Dan Orbih and ten others.

The reports, perhaps, bordered on   interpretation of the court order.

▪︎Read the first report that was widely circulated in some political circles in Edo State on Friday night hereunder:

A Benin High Court on Friday refused to grant a restraining order against Chief Dan Orbih, the PDP South South Vice Chairman; Hon. Ogbiede-Ihama, a member of the House of Representatives; Hon. Segun Saiki and others, from attending the People’s Democratic Party (PDP) national convention Slated for October 30 and 31.

Party members believed to be loyal to the Edo Governor Godwin Obaseki had filed an ex-parte motion seeking an interim injunction order restraining the defendants from attending the convention pending the determination of the motion on notice.

In a short ruling, Justice Okeaya-Inneh held that there was no urgency in the matter that wouldl warrant a restraining order, rather he held that the defendants be put on notice and ordered accelerated hearing of the matter.

He held: “Having carefully considered the said application, I am of the humble but firm opinion that the defendants of this suit be placed on notice.

“However, because of the salient pressing issues raised in the process of the court, I hereby order accelerated hearing of the motion on notice.”

He further ordered that hearing notice be served on the 11 defendants.

▪︎Read the second report that was circulated by the News Agency of Nigeria hereunder:

Edo High Court, sitting in Benin, on Friday, barred 11 aspirants from the October 30 and 31 National Convention of the Peoples Democratic Party (PDP).

Among those barred is the National Vice Chairman, South South, Chief Dan Orbih.

The court, presided over by Justice J. O. Okeaya-Inneh, also barred the member representing Oredo Federal Constituency in the House of Representatives, Mr Omoregie Ogeide-Ihama, and the State Secretary of the PDP, Mr Hillary Otsu, from the convention.

In the case instituted by Chief Idehen Ekundayo, Mr Stanley Iduoze and Odion Omadimhe, the court also barred eight other members of the party from the national convention.

In an Enrolment of Order by Justice Okeaya-Inneh in suit no B/218/os/2021 against Orbih and 11 others including the PDP as the 12th defendant, the court restrained the defendants from attending, participating and voting to elect members of the National Working Committee (NWC) of the PDP.

According to the judge, “they are barred from the convention pending the hearing and determination of the Motion on Notice herein.

He also ordered that all the parties could be served by substituted means “to wit, by advertisement in a National Newspaper.”

Justice Okeaya-Inneh ordered accelerated hearing of the motion on notice and adjourned the suit to November 2. (NAN)

What did the court expressly order?