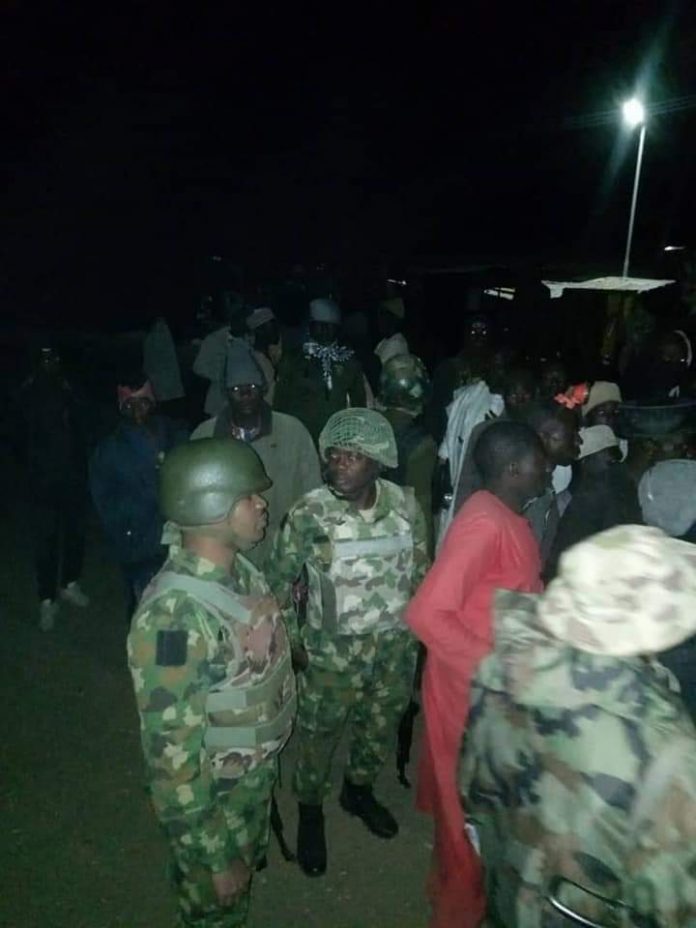 The Defence Headquarters said on Sunday that troops’ superior fire power forced bandits who kidnapped Islamiya children to abandon the children and the rustled cattle in Dandume Local Government Area of Katsina State.

The Defence Headquarters further stated that the superior fire power also forced the bandits to flee in disarray into the forest.

Enenche said the children were returning from Maulud programme at Unguwar Al- Kasim village at Dandume.

He said in reaction to the distress call, troops quickly mobilized to the scene, laid ambush and blocked bandits’ route along Daudawa-Kadisau and road Sheme Mairuwa and Unguwar Audu village.

He added that while patiently waiting for the bandits at the ambush and blocking position, the troops established contact with bandits and engaged them.

“During the fierce battle, troops superior fire power forced bandits to abandon the children and the rustled cattle thereby forcing the bandits to flee in disarray into the forest.

“Troops thereafter, searched the general area and rescued the 39 kidnapped girls in addition to the recovery of 8 rustled cattle.

“The victims have been reunited with their families while the recovered cattle handed to the owners,” Enenche said.

He said the Military High Command commended the gallant troops and other security agencies for their sustained successes.

Enenche equally appreciated the locals and vigilantes for the cooperation in tackling the insecurity in Katsina State.

About 65 communities in Niger State negotiate N20m peace deal with...

Ultimatum to herders: SANs back Akeredolu, insist action not unconstitutional