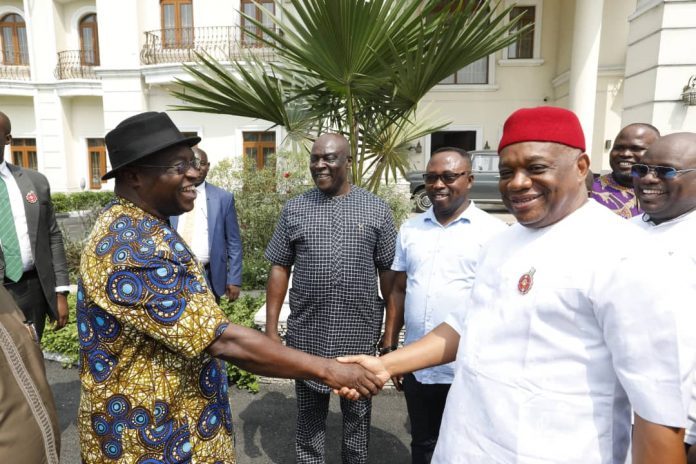 Okezie Ikpeazu, alongside his aides and personal staff members who were already waiting for Kalu’s coming, received the Senate Chief Whip who arrived at the Governor’s mansion at exactly 1:32 pm.

Kalu who was accompanied by his retinue of aides and security staff members disembarked from his official SUV and advanced to exchange greetings with the Abia Governor who was beaming with smiles on sighting the Senate Chief Whip. 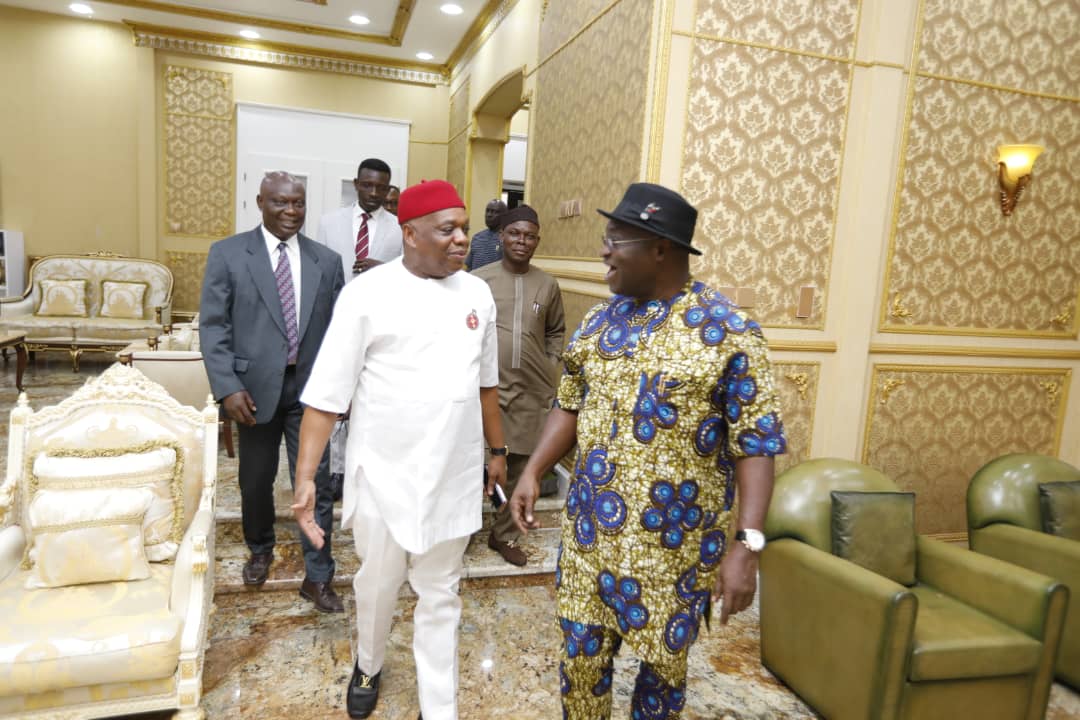 Immediately after their cordial greetings, Ikpeazu led Orji Kalu and his personal aides straight to his lounge.

Shortly after another brief episode of greetings, the duo proceeded with the exemption of other aides headed to the inner room for a private meeting.

The visit of the former Governor Orji Kalu, who is regarded as the father of Abia Politics, comes just a week after the Abia State Governor visited President Muhammadu Buhari on December 30, last year, which fueled speculations that he intended to join the All Progressives Congress (APC).

Many believe the visit was connected with his rumoured intention to leave the Peoples Democratic Party (PDP). 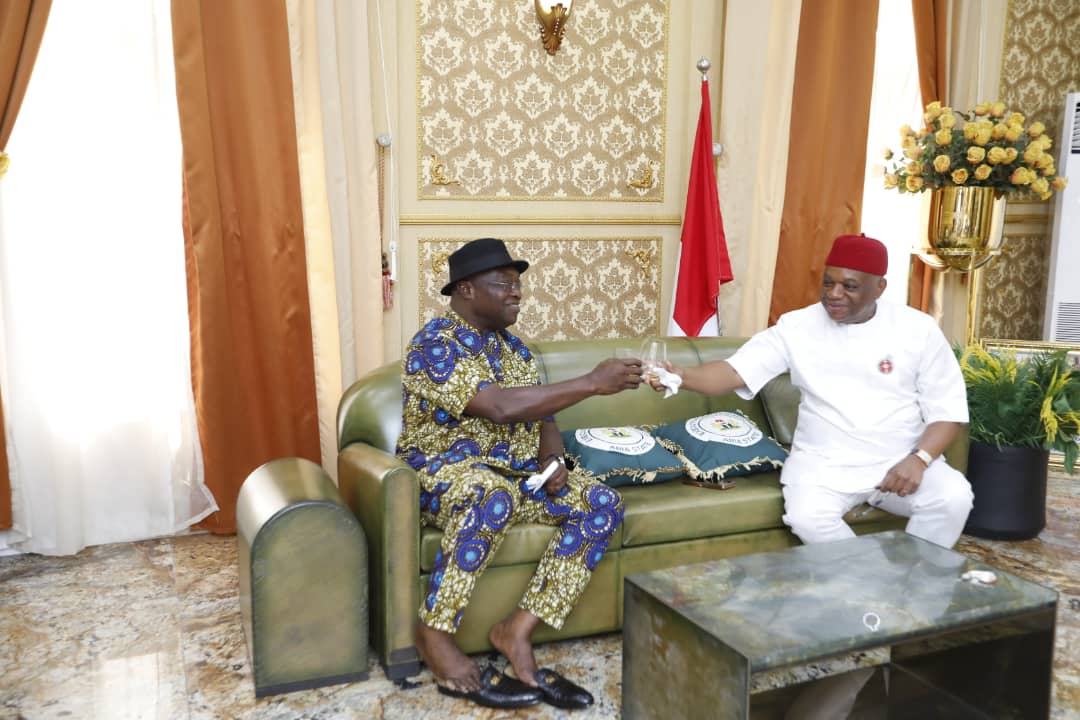 According to records during his tenure as Governor, Senator Orji Uzor Kalu introduced the current Abia Governor to politics, who prior to his becoming governor was a lecturer at the institute of management sciences IMT Enugu, after which Kalu appointed him as his Senior Special Adviser on Education followed by other subsequent appointments.

Also, Ikpeazu’s predecessor, Theodore Orji, a native of Umuahia Ibeku, was drafted into politics by Orji Kalu as his Chief of Staff when Kalu was Governor of the state.

TA Orji remained in the position throughout Kalu’s eight years in office.

Orji Kalu ensured that TA Orji succeeded him in 2007 and also governed the state for eight years, which ended in 2015.

As of the time of filing this report, both men were still in the closed-door meeting.

NIS to commence e-registration of immigrants