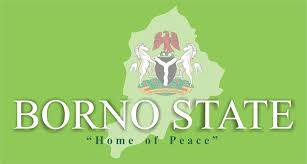 Despite the prevailing insecurity in most parts of the state, the Borno State Independent Electoral Commission (BOSIEC) said they were ready to conducts election nto all the 27 local governments and 312 political wards on Saturday, June 13, 2020.

The chairman of the commission, Alhaji Abdu Usman stated this at press conference on Tuesday.

He said all that was needed to conduct the elections had been made available by the Borno State Government.

Usman said ad-hoc polling officials including 312 supervisors, 424 presiding officers would be deployed across the length and breadth of the state to conduct the election.

He added that the state had been delineated into 5,071 polling points and 3,933 polling units.

The BOSIEC chairman promised that the electoral body would ensure that elections were held in all the polling points unless where the safety of staff and materials could not be ensured.

He said in such situations like it was done during the last general election, the exercise would be conducted at the internally-displaced persons (IDPs) camps.

The Commission has released a timetable for the election,.

The process commences on Thursday with a meeting of the Commission with all registered political parties and stakeholders to fine tune the process.

The parties are scheduled to hold their primaries between 16 and 18 April and campaigns commencing on May 15 through June 11.

Emir of Argungu to turban Lai Mohammed as “Kakakin Kebbi” on...

Sustainable development: We must change our leadership recruitment process – Egbemode