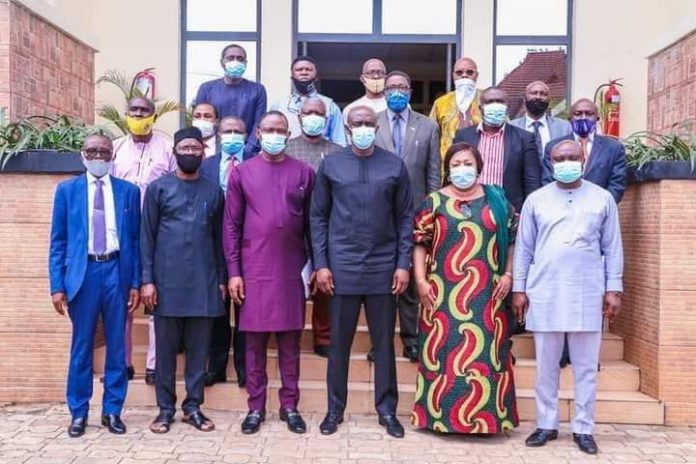 The Delta State Government has inaugurated a 15-man Project Steering Committee on Livelihood Improvement Family Enterprise Niger Delta (LIFE-ND) in a bid to ensure the growth of the agricultural sector of the State.

The Secretary to the State Government (SSG), Mr Chiedu Ebie, who inaugurated the Committee in Asaba charged members of the Committee to ensure that the objectives of the collaboration with the Federal Government on the LIFE-ND project were achieved by the State.

Mr Ebie emphasized that the Life- ND Programme covered the nine oil-producing States in Nigeria with the embracing policy of transforming the economy of the benefiting States through agribusiness.

He explained that the project would run for six years with a loan sum of ten million dollars per State and stated that an estimated four thousand small holder farmers would benefit from the programme in the State.

The SSG noted that Government had demonstrated commitment to the Project with the prompt payment of her counterpart fund to the tune of forty nine million naira (N49m)in the 2020 fiscal year.

Mr Ebie said the inauguration became necessary to fast track the implementation of the Programme.

The Chairman of the Committee who is also the State Commissioner for Agriculture and Natural Resources, Mr Julius Egbedi said the Programme was designed for youths and women to empower them economically so that they can become self reliant.

He thanked the State government for finding the Committee members worthy to serve and pledged that they would do their best to ensure that the objectives of the Project is achieved.

Earlier, the State Project Co-ordinator, Life ND, Mr Ashoro Collins said the Project was an International Fund for Agricultural Development (IFAD) assisted agricultural based project aimed at transforming the rural economy by empowering the targeted women and youths in the State.

#EndSARS: We must weed out bad eggs in Nigeria police –Gbajabiamila