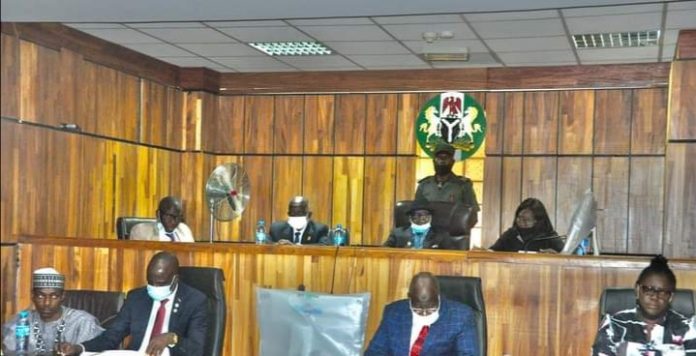 An Abuja-based petitioner on Thursday narrated to the Independent Investigative Panel (IIP) on allegations of human rights violations against the Special Anti-Robbery Squad (SARS) and other units of the Police force how one Inspector Benjamin Peters allegedly shot a 23-year-old female youth corps member, Miss Linda Igwetu, on 3rd July, 2018 in Abuja.

Led by Counsel to the National Human Rights Commission, Afolabi Olawole, who stood in for Chino Obiagwu (SAN), the complainant, Miss Chinenye Igwetu, elder sister to the deceased testified before the 11-member panel headed by retired Supreme Court Judge, Justice Suleiman Galadima that “on the 3rd of July 2018, her younger sister was gunned down by Inspector Benjamin Peters of FCT Police Command Area 11, Abuja.” 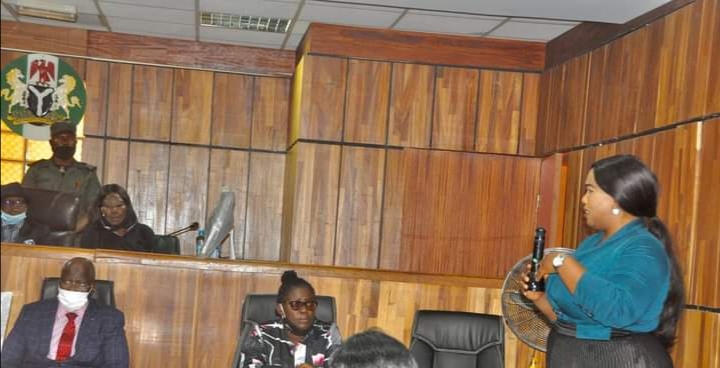 She said “on 3rd of July 2018, the deceased went out after work to celebrate her passing out from National Youth Service which was supposed to be the next day, 4th July 2018.

“Prior to her death, she was living with me while working at Outsource Global Company, Mabushi Abuja and she worked between 1pm and 11pm everyday,” she stated.

The complainant who broke down while narrating the ordeals of her late sister following the gun shot, informed the panel that the deceased sent a Whatsapp message informing her that she was going out with some friends to have drinks and celebrate her passing out from the NYSC programme, which was then slated for 4th July 2018.

“At 4.35 am, I got a distress call from an unknown number and it was Mr. Bamidele Tobi asking me to come quickly to Garki Hospital, that something happened on coming home from Ceddi plaza and I got to hospital and was informed my sister was shot by Inspector Benjamin Peters,” she stated.

She informed the panel that Mr Tobi narrated that on their way home, driving, he heard a loud sound and thought it was tyre burst and the next thing, the victim tapped him from the seat that something hit her below her breast and that they found my late sister panting in a pool of her blood and that it was then they realised it was a gunshot.

According to the complainant, Mr Tobi who was in the same car with her deceased sister told her that while they were heading to Garki Hospital for a medical attention, another squad of the Police accosted and trailed them to the hospital while her sister passed on about 6am, the very day she was supposed to pass out from the NYSC programme.

Following the absence of some parties in the two cases called up during Thursday sitting, the Chairman of the panel emphasised the need for fair hearing as a prerequisite for effective hearing in the dispensation of justice at the ongoing investigative hearing.

According to the Chairman, respondents must be properly served and hearing notices conveyed appropriately to avail all parties the opportunities to state their positions appropriately.

In another case which is about arbitrary arrest, degrading treatment, seizure of property belonging to the complainant, Bala Mohammed, the NHRC Counsel, Olawole informed the panel that parties were not present, even though he briefed the panel on the particulars of the case.

The panel adjourned to 16th November, 2020 and ordered fresh hearing notices to all the parties to enable them to appear on the adjournment date.

Meanwhile, the Secretary of the panel, Mr Hillary Ogbonna, Thursday pleaded with the complainants and other members of the public to bear with the panel over the delay in hearing the cases already slated for hearing on 4th November and today, 5th November, 2020.

He disclosed that after sitting on Friday, 6th November, 2020, the panel would not sit for one week and within that period it would have sorted out some institutional challenges with the Police and other parties which tended to affect the speed at which the panel had intended to move.

Alleged tax fraud: We have yet to be formally notified by...

Baseless Allegation of Murder Against Hon Samson Osagie: A CALL TO...