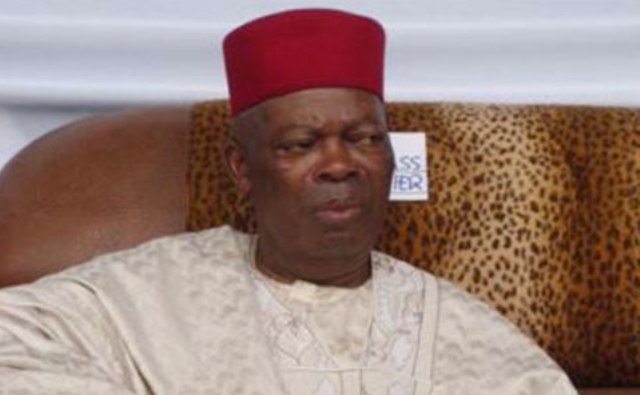 Former President of the Nigerian Senate, Senator David Mark has described the demise of the former Minister of Defence, General Domkat Bali, as a loss to the country, saying that he was a patriotic soldier who stood to be counted when it mattered.

Reacting to the death of the General in Abuja, Senator Mark in a statement by his Media Adviser, Paul Mumeh,
noted that Bali demonstrated statesmanship and loyalty to his fatherland.

He stated: “This is one death too many. General Bali was one of the best and fertile minds ever produced by the Nigerian Army. He remained, until his death, one of the finest and respected soldiers.

“He left a legacy of high professionalism, discipline and integrity. He earned his respect and was loyal to authority and country. He was a man of honour.”

Senator Mark lamented that Bali died at a time when his wealth of experience and knowledge was needed to navigate through the challenging political and security situations in Nigeria.

He noted that Bali would be sorely missed because of his unique personality, professionalism, discipline and contribution to national development.

Senator Mark urged the government and people of Plateau State, especially the bereaved family, to take solace in the fact that Bali served his country faithfully and lived an accomplished life worthy of emulation.

More than 98m Nigerians have yet to be registered in National...

Communique of the Bipartisan Meeting of South-East Leaders