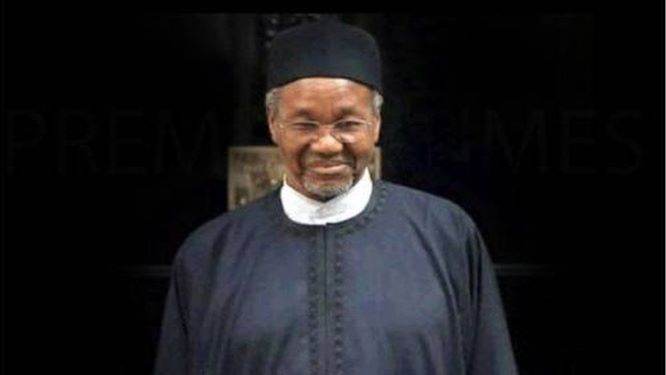 Mamman Daura’s last week quest for competence over zoning in the march towards 2023 presidential bout is hypocritical. Louis Achi writes

“If you want to humble an empire it makes sense to maim its cathedrals,” wrote TIME’s Nancy Gibbs in the aftermath of the September 11, 2001 terrorist attacks in the US. “They are symbols of its faith, and when they crumple and burn, it tells us we are not so powerful and we can’t be safe.”
But as empires go, the South as a block was and is not one. It is also not a vassal entity to North. But by wittingly or unwittingly maiming its cathedrals of culture, capacity and political totems, which are symbols of the regions’ faith, the clear message to the South is that they are not so powerful and can’t be safe.

In a fundamental sense, this quirky message was needlessly reinforced last week when ‘elder statesman’ Mallam Mamman Daura, the influential nephew of President Muhammadu Buhari said there was no need for zoning the presidential ticket to any part of the country. He further held that Nigeria’s political space should be left open for the best candidate to emerge as president.
Seen as the most powerful personality in Buhari’s administration, Daura in an exclusive interview with the Hausa Service of the BBC said the most qualified person from any part of the country should succeed his uncle.

His position, which basically skewered the informal North-South rotational presidency template shored up suspicions that some elements from the North were perfecting plans to retain the presidency after Buhari’s second tenure lapses in 2003.

Daura’s uncle, Buhari, remains something of an ‘outsider’ from the mainstream Northern political intelligentsia. The group is perceived as belonging to the more radical, fundamentalist Northern fringe and many indeed believed this clutch could provide a different kind of progressive, transformational leadership.

But significantly, under his watch, the North has apparently thrown the concept of “enlightened self-interest” to the dogs and opted for ‘cudgel politics’ with consolidation of the region’s grip on both the military hierarchy and a wide swathe of strategic national positions to reinforce its flawed, survivalist calculations.

Since the country returned to civil rule in 1999, political power had been rotating between the Northern and Southern regions of the country. According to Daura, perceived as a key arrowhead of the “cabal” that plays a major role in decision making at Aso Villa, since Nigerians had tried the rotational presidency about three times already, it would be better to go for the most qualified candidate in 2023, irrespective of whether he comes from the North or South.

Not surprisingly, Daura’s position has spawned a storm – not just because of the message but the sheer clout of the messenger. Mamman Daura is an alumnus of the Trinity College, Dublin.

Comparable to Oxford and Cambridge, the Trinity College is a foremost nursery for grooming top-notch world leaders.

On the surface, Daura could have meant that the nation has now matured and merit should superintend over governance. But if merit is not applicable across board, then it is not an impartial conjecture. The Presidency cannot be the exception. In extant administrative templates, Federal Character and Quota System still trump merit in most official actions in the nation as a means accommodating every part of the country.

Baring sheer mischief, Daura is certainly too sophisticated to miss this point. So, what gives? It can be no secret, who he is speaking for. Historically, the political and structural disproportions of the country have been at issue and spawned considerable regressive crisis.

Besides reactions from the major socio-political organisations, key stakeholders have taken different positions on Daura’s controversial statement. According to the Arewa Consultative Forum (ACF), the issue of rotational presidency is not a constitutional matter but only adopted by political parties for their own convenience.

Prominent Igbo leaders said Daura was insensitive to the mood of the nation. Taking a dig at Daura, First Republic Minister of Aviation, Chief Mbazulike Amaechi and the only surviving member of the Zikist Movement said, “The most competent person is occupying Aso Rock now and Nigeria wants a competent person” in 2023.

Another elder statesman, Chief Emmanuel Iwuanyanwu, stated that the people of the South East had paid enough sacrifice to merit the Presidency and there was no better time than 2023.
According to him, the ubiquitous existence of Igbo people with their businesses was enough evidence that they have kept faith in the unity of Nigeria. “No tribe has played the role Igbo have played to make the Federal Republic of Nigeria united.

Meanwhile, the Yoruba socio-cultural group, Afenifere has also condemned Daura’s position, stating that Nigeria must continue with the power rotation between the North and the South.

The apex Igbo socio-cultural organisation in Nigeria, Ohanaeze Ndigbo, has urged political parties in Nigeria to look the way of the Igbos and give them a chance in 2023.

Looking at the post-war big picture, the Igbo of the South East zone have been left holding the short end of the nation’s political stick – walled off from the office of the president.

Although an asset indispensable to visionary nation building, ‘statesmanship’ is certainly not a job description. But using the term implies recognition that someone has the character and understanding to exercise certain virtues in political or state affairs. For many, Daura’s position on 2023 questions his claims to statesmanship.

It is conceivable that some political historians could stick out their necks and affirm that indeed some aspects of the formation of the Nigerian state benefited from statesmen and statesmanship. Debatably true.

Zoning remains, for now, a pragmatic template to assure contending forces in the Nigerian polity, who interpreted the nullification of June 12 presidential election widely acclaimed to have been won by Chief MKO Abiola, as a Northern agenda rather than junta politics.

FOR THE RECORDS: REMARKS BY THE HONOURABLE MINISTER OF STATE FOR...