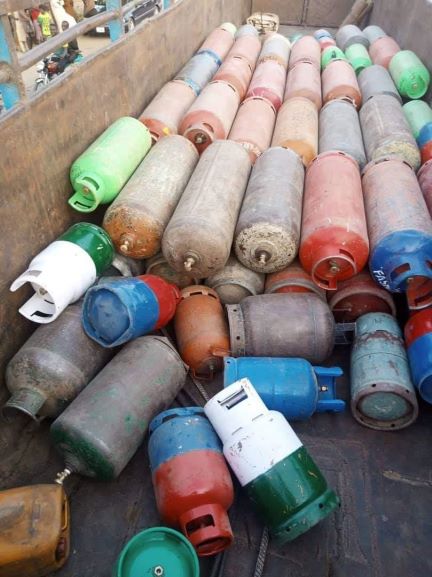 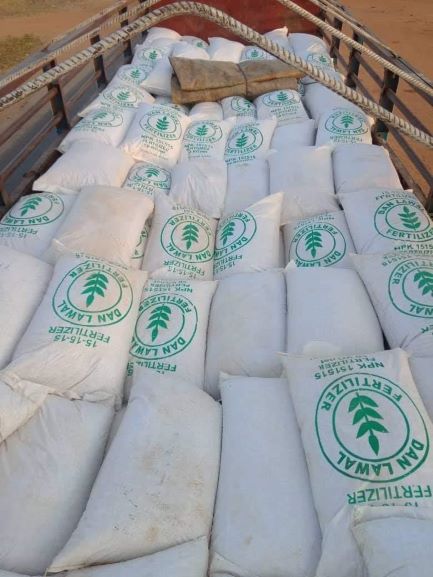 Officers and men of Nigeria Customs Service from Federal Operations Unit Zone B, Kaduna have intercepted 2 trucks laden with 140 units of refurbished gas cylinders smuggled into the country from Niger Republic.

The unit also intercepted another truckload of NPK fertilizer along Jibia/Agangaro axis of Katsina state.

According to the internal report obtained by The ConclaveNG, the said vehicle was found to contain 600 bags of NPK 15-15-15 fertilizer smuggled into the country.

The NPK 15-15-15 fertilizer falls under the import prohibition order and, as such, bringing in such product violates section 46 of Customs Excise and Management Act (CEMA) CAP C45 LFN 2004, which states that any goods imported, landed or unloaded, contrary to any prohibition shall be forfeited.

Meanwhile, in another related development, 200 pcs of used tyres, 90 bales of second-hand clothings and 322 kegs of vegetable oil were also arrested along Katsina/Kano axis.

He called on business community to avoid trading on prohibited items.

Reported killing of 50 persons in Igangan by herdsmen: Gani Adams...