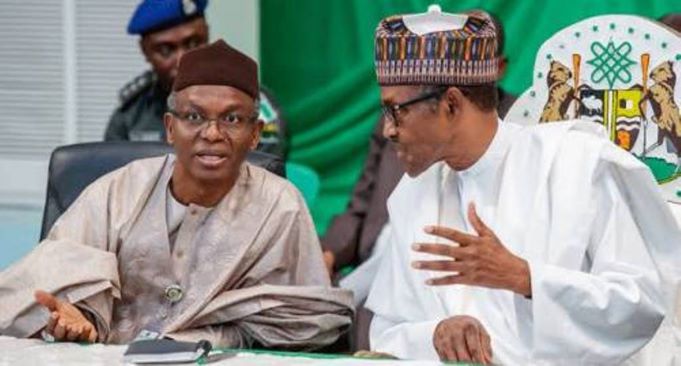 It is on record that neither Buhari nor El-rufai has issued a statements commiserating or consoling with the victims of #SouthernKadunaGenocide.

Governor El-Rufai in particular even apologized to the people of Birnin Gwari area for his government’s inability and failure to protect them from attacks by bandits. Why has he not done so for #SouthernKadunaGenocide?

Is it because they are #Christians?

CRA notes with pain that from nonchalance, government’s attitude towards the fate of northern minority Christians in southern Kaduna has risen to the level of deliberate mis-information with a view to changing the entire narrative ostensibly to cover-up an orchestrated plan to annihilate the people and take-over their lands.

Over 50 people have died in Kaura, Zangon-Kataf, Kauru and Kajuru local government areas of the North-western Nigerian state in the last one week.

CRA have maintained that the federal government of Nigeria led by Major General Buhari and Kaduna state government should have questions to answer in the carnage and bloodbath that has become the lot of innocent and defenceless Christian peasant farmers of southern-kaduna that at every attack, the state and federal government, respectively, take turns to make excuses for the genocidal criminals.

Both president Buhari and governor el-Rufai are northern Muslims whose positions on religious issues has always betrayed lack of statesmanship especially in a secular state as Nigeria. This is heightened by the fact that both the President of the country  and governor of Kaduna are not only Muslims but have presided over government policies that did not protect the interest of Christians in the country.

In the latest attack, presidential spokesman, Garba Shehu, quickly attributed the renewed killings in the Christian dominated southern to “revenge killings and mutual violence by criminal gangs acting on ethnic and religious grounds.”

Garba Shehu’s statement read in part: “From available records, Southern Kaduna enjoys comprehensive security deployments, including the Army, Special Forces of both the Army and the Air Force, surveillance aircraft by the Air Force and mobile police units that are on the ground on a 24-hour basis to forestall criminality and keep the peace. But unlike other parts of the country, the problem of Southern Kaduna is more complicated than many critics are ready to acknowledge and understand.”

Or is the presidency scared of saying the formidable security arrangement is in place to protect the Fulani militia while they kill innocent southern Kaduna indigenes. Let Major General Buhari stop the perfidy

Statistical information at the disposal of CRA indicates that from 2018 to date, no fewer than 15,000 Christian children, women, old and young have been maimed and killed by armed groups alleged to be Fulani terrorists in Kaduna, Plateau, Nasarawa, Benue and Taraba States while the Federal and State governments have been unable to protect them.

This is in addition to another 620 people who have been brutally murdered, according to documents obtained by CRA from The International Society for Civil Liberties & Rule of Law (ISCLRL).

CRA equally find governor El-Rufai’s response to the Kaduna killings as very repulsive, dubious, wicked and a mere rehearse of the presidential narrative.

Governor el-Rufai in a statement through Muyiwa Adekeye, his spokesman, said insecurity in Kaduna state is being perpetrated by criminal elements who have been killing, kidnapping people and rustling cattle the entire North West and that “The criminality of the bandits gets coated with ethnic and religious hues when it affects communities in the southern parts of the state, where it tends to exacerbate communal tensions and pitch people who have lived peacefully together against each other. This is how the cycle of attacks, revenge and reprisals occurs in southern Kaduna.”

CRA is appalled by this statement. There isn’t a greater testimony to complicity.

It is a well considered view of CRA that international bodies such as the United Nations, UN, and the International Criminal Court (ICC) should open an investigation into the on-going killings in Southern Kaduna without further delay.

Specifically, CRA is calling on the ICC to mobilize with immediate effect, and set up a fact-finding panel in order to end what it called pogrom before it is too late insisting that Nigerian state under president Buhari has failed Nigerian Christians and the earlier the situation is put under control, the better in order to avert a Rwanda experience.

FCT minister appeals to NUT to call off strike