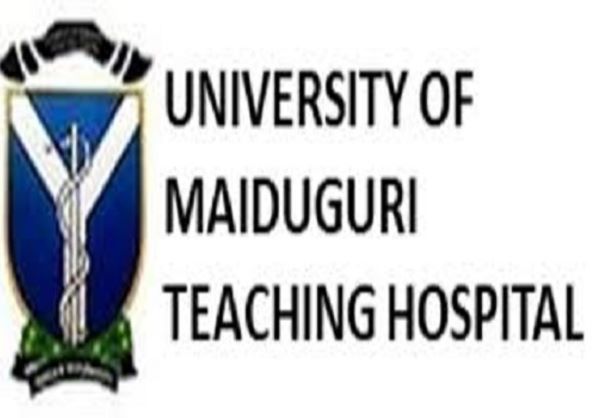 By Bode Olushegun
The Chief Medical Director of the University of Maiduguri Teaching Hospital ( UMTH  ), Professor Ahmed Ahidjo, has revealed why it took time to discover the COVID-19 index case in Borno State.
The positive test of COVID-19 from the index case came out after he had already died from the virus and he might not have had the opportunity to be isolated and treated in line with the regulations on handling of the disease.
Ahidjo, speaking to journalists on Friday, said the index case had no record of travel outside the state and had been battling  with respiratory-related problem before his admission and eventual death.
The CMD gave the clarification while responding on issues of what went wrong and why the COVID-19 status of the index case was not discovered until after his death.
Ahidjo said if not for the professional knowledge and ethics of UMTH staff, who out of high index of suspicion, went beyond the National Centre for Disease Control recommendations and tested the patient which became positive, more casualty would have been recorded beyond what was on ground.
He explained that since the patient was previously known with chest problem and having been admitted in the past at the hospital, had UMTH staff members not acted swiftly by picking the case outside the main box of diagnosis, the contacts of the index case would have not been known, which could lead to explosion of the COVID-19 pandemic in the state.
He disclosed that UMTH sadly had a share out of the over 40 health workers said by minister of health to have tested positive for COVID-19 as six health workers from the hospital had tested positive and were presently doing well at the hospital’s isolation centre.
The CMD said:” The Index case is a patient that was already having respiratory problem, he was admitted previously here in UMTH with a chest problem. So he is a known patient with a chest problem.  And also , he has no history of travel outside Borno state for the past three months .
“And he came from Pulka where there was no recorded case of COVID-19.  So he would not fit into the criteria for being a suspected COVID-19 patient.  So despite that, our Staff having high index of suspicion went beyond the NCDC recommendations and they tested him , which become positive.
” If not for the professional knowledge and ethics of our staff, it would have gone unchecked.  And you can imagine what would happen, if the patient had died and all the contacts we are seeing now remained untraced.  I think UMTH needs to be commended for picking this case outside the main box of diagnosis,” Ahidjo said.
He however assured that the pressure from  handling of the COVID-19 issues woukd not affect the hospital’s tackling of other emergency cases.
The CMD appealed to security agencies to allow health workers have free passage to work.
He said when they come in contact with health workers coming to work, they should know that they were rendering essential services.
According to him, “They should also understand the plight of patients on emergency situation.”
Please follow and like us:

United States of America’s cause of action against Hushpuppi and Co...