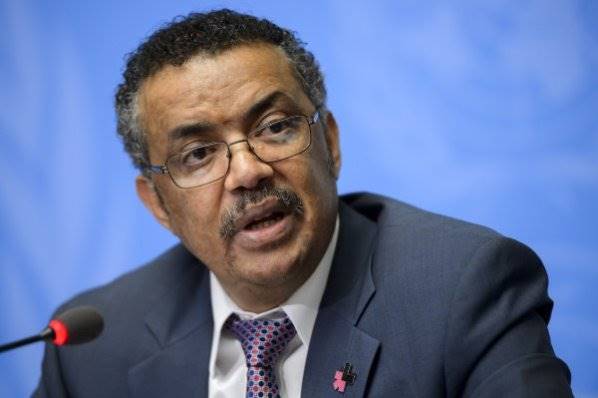 An accredited journalist covering the United Nations headquarters in New York has tested positive for the coronavirus (COVID-19).

Mr Tal Mekel, Head of the Media Accreditation and Liaison Unit of the organisation, confirmed this in an email to UN Correspondents on Wednesday night.

“As you may have heard, an accredited journalist has tested positive for COVID-19. They are already free of symptoms and self isolating.

“We have been informed that the individual was last at UN Headquarters on Thursday, March 12.

“They attended the spokesperson’s noon briefing and spent time at the Delegates Lounge and in the press area on the third floor,” Mekel said without mentioning names.

This is the second known case at the UN headquarters after a delegate from the Permanent Mission of Philippines tested positive for the virus on March 13.

UN spokesman, Mr Stephane Dujarric, who confirmed the first case in a statement said the fellow met with two delegates from another mission at the complex on March 9.

“The delegate was last in UN headquarters on March 9 for about 30 minutes around mid-day and visited only one meeting room, which has gone through three cleaning cycles since then,” the statement said.

“The delegate did not have contact with UN staff but met two delegates from another mission. UN Medical services is reaching out to them,” he said.

The Acting Philippines Ambassador to the UN, Kira Azucena, reportedly said in a letter that the staffer was asymptomatic during the visit.

To check the spread of the disease, the UN has suspended physical gathering of journalists at the headquarters for the daily media briefings by the Spokesperson for the UN Secretary-General.

With effect from Wednesday, the briefings would be held remotely until further notice, according to a notice to Correspondents.

Meanwhile, the World Health Organisation (WHO) says no fewer than  200,000 cases of  Coronavirus ( COVID-19)  have now been reported to WHO and 8,000 people have lost their lives.

Dr Tedros Adhanom Ghebreyesus, WHO Director-General, gave the update on the agency’s website.

According to him, more than 80 per cent of all cases are from two regions – the Western Pacific and Europe.

“We know that many countries now face escalating epidemics and are feeling overwhelmed.

“We hear you. We know the tremendous difficulties you face and the enormous burden you are under. We understand the heart-wrenching choices you are having to make.

“We understand that different countries and communities are in different situations, with different levels of transmission.’’

The director general said that WHO was talking to ministers of health, heads of state, health workers, hospital managers, industry leaders, CEOs and more every day.

“WHO was talking to the stakeholders to help them prepare and prioritise, according to their specific situation.

“But there is hope. There are many things all countries can do.

“Physical distancing measures – like cancelling sporting events, concerts and other large gatherings – can help to slow transmission of the virus.

“They can reduce the burden on the health system; they can help to make epidemics manageable, allowing targeted and focused measures,’’ he said.

In addition, the director general said that to suppress and control epidemics, countries must isolate, test, treat and trace.

“If they don’t, transmission chains can continue at a low level then resurge once physical distancing measures are lifted.

“WHO continues to recommend that isolating, testing and treating every suspected case, and tracing every contact, must be the backbone of the response in every country.

“This is the best hope of preventing widespread community transmission.

“Most countries with sporadic cases or clusters of cases are still in the position to do this.

“Many countries are listening to our call and finding solutions to increase their ability to implement the full package of measures that have turned the tide in several countries,’’ he said.

Also, Ghebreyesus said some countries were experiencing intense epidemics with extensive community transmission, saying, “we understand the effort required to suppress transmission in these situations. But it can be done.’’

The director general, however, thanked some countries for joining solidarity trial, which would provide simplified procedures to enable even hospitals that have been overloaded to participate.

He said many countries had already confirmed that they will join the SOLIDARITY trial – Argentina, Bahrain, Canada, France, Iran, Norway, South Africa, Spain, Switzerland and Thailand – and I trust many more will join.

“I continue to be inspired by the many demonstrations of solidarity from all over the world.

“The COVID-19 Solidarity Response Fund has now raised more than US$43 million from more than 173,000 individuals and organizations.

“ A few days since we launched it. I’d especially like to thank FIFA for its contribution of US$10 million.

“These and other efforts give me hope that together, we can and will prevail.

“This virus is presenting us with an unprecedented threat. But it is also an unprecedented opportunity to come together as one against a common enemy – an enemy against humanity,’’ the director general said.

Missing journalist : We ‘re in touch with security agencies to...

FG says gas-fired vehicles will be cheaper to run