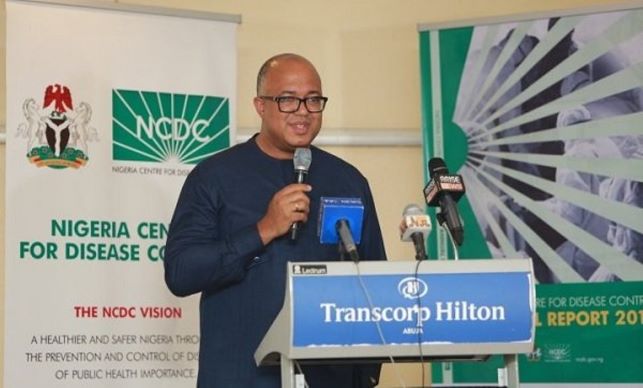 The Nigeria Centre for Disease Control (NCDC) has warned that though the country has recorded a decline in the number of COVID-19 cases, it was not yet celebration time as Nigeria has not tested adequately and therefore risks a resurgence.

Dr Chikwe Ihekweazu, Director General, NCDC, said this at a briefing by the Presidential Task Force on COVID-19 on Monday in Abuja.

Ihekweazu said that the country recorded a 36 per cent decline nationally in August, compared to July, while the positivity ratio dropped from 20 per cent in June to 7 per cent in July.

“You might think that that is good news and we should be celebrating; unfortunately, we cannot celebrate this until we test sufficient numbers in every state in the country.

According to him, the only states that can confidently celebrate a decline in cases are Lagos and Kano, as well as the FCT, because they have tested high numbers, but the same cannot be said at the National level because some states are not testing.

He decried that the NCDC could not make any interpretation on the data in Taraba Adamawa, Kogi, Nasarawa, Niger, Kebbi, Zamfara, Jigawa and Yobe States.

“We do not have enough data coming out of these states to ascertain if we are improving or not or where exactly we are.

“So we have to work together, in summary; it is way too early to make any interpretation whether we are flattening the curve or not, some interpretation can be made in Lagos, FCT, because they are testing enough, but we can’t do this on a national level.’’

The NCDC boss noted that countries that seem to have seen a decline were seeing a resurgence of cases.

The News Agency of Nigeria (NAN) reports that the NCDC and the Nigerian Institute of Medical Research (NIMR) have launched COVID-19 household Sero-prevalence surveys in selected states in Nigeria, to better understand the burden of the virus in the country.

The surveillance will be carried out in Gombe, Enugu, Nasarawa and Lagos States. NAN

A Nation in Search of Vindication, Christmas 2020 Message By Matthew...