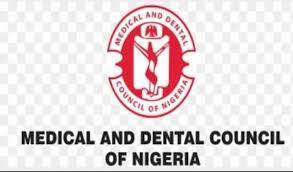 The Medical and Dental Consultants’ Association of Nigeria (MDCAN), University College Hospital, Ibadan, has expressed its support for the Federal Government’s decision to reopen all schools across the country.

MDCAN, UCH chapter, made its position public on Tuesday in Ibadan at a news conference as part of activities lined up for its Annual General Meeting and Scientific Conference.

The News Agency of Nigeria (NAN) reports that the theme for the conference scheduled to hold from Sept. 6 to Sept. 11, is tagged: “Science and Mis-Science of COVID-19″.

The MDCAN UCH Chairman, Dr Dare Olulana, said that reopening of schools in line with COVID-19 precautionary guidelines was safe based on what scientific observations had revealed about the virus so far.

Olulana said that although little was known at the initial outbreak of the pandemic that has swept across the world, scientists had since learnt quite a lot about the disease, its transmission and survival rate.

“MDCAN is a body of scientists and we work by reality and not by conjectures; we work by what we see.

“And if you want to release the lockdown it can’t be complete immediate release, it has to be serial and phased release which the Federal Government has actually learnt and we commend them for that.

“It is now time for them to reopen the schools, we cannot keep the schools closed forever; what we are saying is based on science.

“But once the schools are going to be opened, measures have to be put in place to ensure safe distancing, handwashing measures and the students should also have face masks in place,” he said.

Olulana, however, expressed worry over the inadequacies of the facilities and infrastructures especially in many public institutions of higher learning.

He said that the enormous pressure in the existing facilities could pose some challenges with enforcement of COVID-19 guidelines.

“The major challenge we are going to have especially in our universities are the lecture theatres.

“We used to call them ‘Dugbe classes’ because we had a situation whereby there were over 1,000 students in a lecture theatre with a designed capacity of 200.

“So that is going to be a major challenge and with physical distancing you have to double the spacing, but I think between the government, the managers of the schools and the teachers can all work together to address this challenge,” he said.

The MDCAN chairman urged the Federal Government to put aside it’s differences with the Academic Staff Union of Universities (ASUU) in order to surmount challenges that could stop full academic activities in the universities.

“We just have to think out of the box and I know it is possible; if government can come down and engage ASUU.

“This is not the time for government to continue to lengthen the crisis between them and the core of workers in the universities, it is not the right time at all,” he said.

“It is time we sit down and work out how our education system can move forward.

“Some of the private schools are already adapting and can adapt faster than even the government institutions, so there is no reason to keep those secondary schools and private schools shut down.

“We need to situate science and it has to be properly situated based on emerging evidence,” he said.

Olulana described the governor’s decision not to totally lock down the state at the outbreak of the coronavirus in the state as “impressive” based on emerging evidence.

“We need not argue about this but I think that the state has not done badly and their robust approach is commendable.

“Though as an association we initially had our reservations when we expected the governor to lockdown the state completely and he did not.

“But I must confess this is one of the times that seems as if the governor of Oyo State could see some things beyond what science was able to see at that moment.

“Science claimed that there must be complete lockdown and economic shutdown but the governor insisted that if we have total economic shutdown, we were going to have more people dying from non-COVID-19 causes like malnutrition and diseases of poverty.

“Children, women and the vulnerable would have succumbed to other diseases faster than COVID-19 would have killed them.

“Economic bodies all over the world have also began to say that you can’t do total lockdown in developing countries the same way developed economies would do it.

“The developed economies have the money to provide the social backup.

“I commend the governor of Oyo state for being very pragmatic and for being a bit more scientific than the scientists.

“We all still have a lot to learn even as this pandemic has visited the entire nation,” he said.

NAN recalls that the ASUU had faulted the plan by the Federal Government to reopen public universities in the country after many months of shutdown.